What is Dimethyl sulfoxide?

Dimethyl sulfoxide also known as DMSO is a colorless highly polar organic liquid with the chemical formula C2H6OS that was discovered in 1866.

DMSO was first synthesized by Russian scientist Alexander Saytzeff in Kazan in central Russia. It has a high dielectric constant and therefore exhibits exceptional solvent properties for both organic and inorganic chemicals. It’s better stored in glass containers and protect from light and moisture because it is highly hygroscopic. 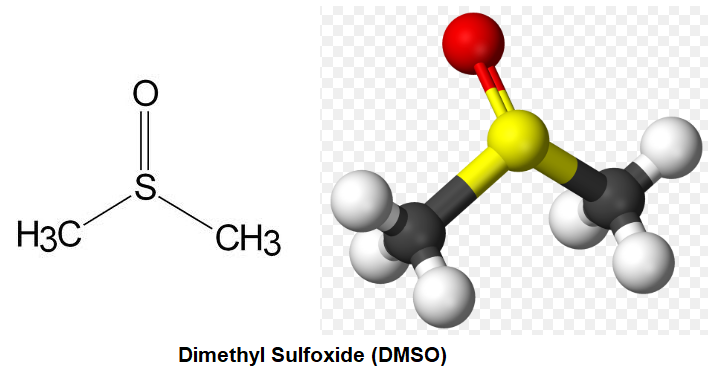 What is dimethyl sulfoxide used for?

DMSO is a non-toxic solvent, with a higher than ethanol median lethal dose. Due to concerns about its health, in particular its potential to damage the eye, early clinical trials with DMSO were stopped

Why is DMSO toxic to cells?

DMSO is considered a solvent poor in toxicity. However, some DMSO concentrations may alter the activation of cells in culture. Cultures of cells derived from rats treated with DMSO increased lysosomal enzyme activity by 25 per cent

What is DMSO made from?

DMSO, or dimethyl sulfoxide, is a paper-making byproduct. It originates from a substance found in wood. As from the mid-1800s, DMSO has been used as an industrial solvent. DMSO has been approved by the FDA as a prescription drug for treating symptoms of painful bladder syndrome.

Is DMSO denser than water?

Such compounds are denser than water, and so occur later when combined with water in the center. Not that certain organic compounds like dimethylformamide (DMF) and dimethylsulfoxide (DMSO) are so polar that they’re miscible with water (which is also very polar), and don’t form layers.