Due to the rapid growth of population and industrialization environmental pollution is increasing at an alarming rate. Thus water is getting polluted by sewage and domestic effluents, industrial effluents, agricultural discharges, detergents, toxic metals and radioactive materials. Even underground water has been polluted by the leaching of various pollutants from the surface. 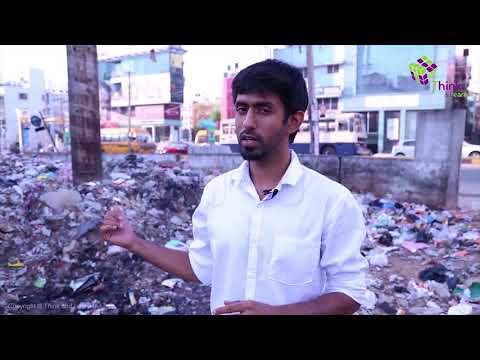 Gaseous pollutants produced in significant amounts adversely affect human health. Over billion tonnes of pollutants are released into the atmosphere from human activities. The most common and acute health problems caused by gaseous pollutants include bronchitis and congestion in the chest and wheezing. These effects can be reduced if the exposure to pollutants is reduced.

The impact of radiation on health depends on a number of factors such as the energy, types and amount of radiation, the age of the individual and the body part exposed. Ionising radiation may cause the following biological effects in human beings.

Chemical contaminants occur in drinking water throughout the water supply systems ranging from barely detectable amounts to levels that could possibly threaten human health. Determining the health effects of these contaminants is difficult, especially since researchers are still learning how chemicals react in the body to damage cells and cause illness.

Toxic doses of chemicals cause either acute or chronic health effects. An acute effect usually follows a large dose of a chemical and occurs almost immediately. Examples of acute health effects are nausea, lung irritation, skin rash, vomiting, dizziness and even death.

Soil pollution receives less attention when compared to air pollution and water pollution. However, soil pollution is grabbing more attention nowadays. Undoubtedly, soil is an indispensable environmental matrix for the growth of any terrestrial plant. Nevertheless, the rapid growth rate of population expansion and urbanization exceeds the sustainability and recovery capability of the ecosystem. This has virtually resulted in soil pollution.

The basis of agriculture is soil. All crops for human food and animal feed depend upon it. We are losing this important natural resource by the accelerated corrosion  to some extent. In addition to this, the enormous quantities of man-made waste products sludge and other products from new waste treatment plants and even polluted water are also causing or leading to soil pollution. In order to preserve the fertility and the productivity of the soil control measures are to be taken in a herculean manner, thereby improving the health of all living beings.

Pollution occurs mainly when human activities disrupt natural elemental cycles or reservoirs. The main sources of anthropogenic pollution can be broadly categorised as energy production, industry, agriculture, transportation and waste management. Pollution can be explained using the source pathway receptor concept known as the pollutant linkage. Pollution can have environmental, ecotoxicological and human health impacts. The main responses to pollution are based on legislation, technology and economic measures.

What are the main causes of environmental pollution?

There can be so many environmental pollution causes including fossil fuel emissions from power plants, automotive waste, high exhaust gases, chemical effluents, toxins and soil erosion. Additionally, ruinous and unsuccessful agricultural policies may also cause contamination of the environment.

What are the effects of pollution?

High air pollution rates can lead to an increased risk of heart disease, wheezing, coughing and breathing difficulties, and eye, nose and throat irritation. Air pollution can also cause heart attacks, asthma and other lung conditions to worsen.

What are the main environmental problems?

Environmental issues such as global warming, acid rain, air pollution, urban sprawl, waste disposal, depletion of the ozone layer, water pollution, climate change and much more affect on every human being, animal and nation on this planet.

What are environmental impacts?

Environmental impact is characterized as any environmental change, be it adverse or beneficial, wholly or partially resulting from the activities, goods, or services of an organization.

Why are environmental problems difficult?

Owing to their nature, environmental problems are difficult to solve, and there is no right or wrong way to solve them. Environmental issues often overlap with one another, including social and economic problems.

Take up a quiz on Effects of environmental pollution
Q5