What is an Exothermic Reaction?

However, it is extremely difficult to measure or even calculate the absolute total of energy in a given chemical system. Therefore, the energy change (or the enthalpy change, denoted by ΔH) is measured instead. The relation between the value of ΔH and the bond energies of the reaction can be given by the following equation.

Therefore, it can be understood that an exothermic reaction will always have a negative value for the change in enthalpy, i.e. ΔH < 0.

For the measurement of the enthalpy change of combustion reactions, bomb calorimeters are very suitable devices. 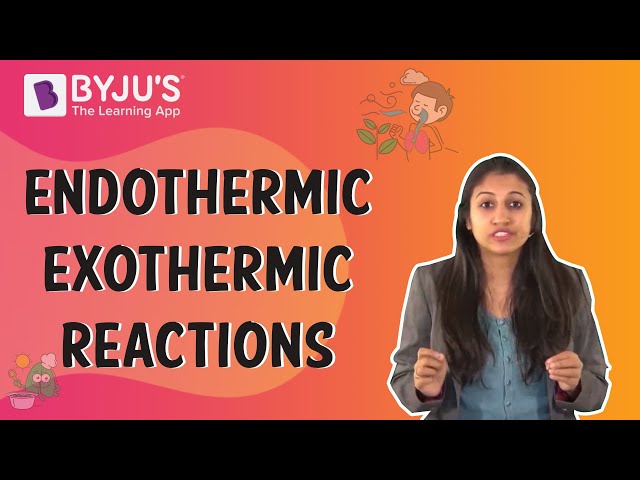 Some common examples of exothermic reactions that are vital to the everyday lives of human beings are listed below.

Why is Respiration an Exothermic Reaction?

Respiration is the process by which humans take in oxygen and give out carbon dioxide. The chemical equation of this process can be represented as follows:

In the reaction given above, it can be noted that C6H12O6 is the formula for glucose, which combines with the oxygen inhaled by humans to form carbon dioxide, water, and energy.

This energy produced in the reaction implies that the process of respiration is an exothermic reaction.

An Exothermic reaction is a chemical reaction that involves the release of energy in the form of heat or light.

What is a Combustion example?

Combustion refers to the process where a substance burns in the presence of Oxygen, giving off heat and light in the process.

How do we use combustion?

Thermal energy derived from the combustion of either fossil fuels such as coal or oil or from renewable fuels such as firewood is extracted for a range of uses, such as cooking, power generation or industrial or domestic heating. Combustion is also the only process actually used to fuel rockets.

What is the sign of enthalpy change for an exothermic reaction?

The change in enthalpy ( ΔH) for an exothermic reaction will be negative.

Give examples of exothermic reactions.

To learn more about different types of chemical reactions such as decomposition reactions, displacement reactions, and more, register with BYJU’S and download the mobile application on your smartphone.

Take up a quiz on Exothermic Reaction
Q5