Hydrolysis is a common form of a chemical reaction where water is mostly used to break down the chemical bonds that exists between a particular substance.

Hydrolysis is derived from a Greek word hydro meaning water and lysis which translates to the word break or to unbind. Usually in hydrolysis the water molecules get attached to two parts of a molecule. One molecule of a substance will get H+ ion and the other molecule receives the OH- group. Hydrolysis reaction is mainly used to break down polymers into monomers.

So while studying chemistry, hydrolysis basically means the act of setting apart chemicals by adding water. The reaction of water with another chemical compound results in the formation of two or more products. Some examples of hydrolysis include dissolving a salt of a weak acid or base in water or dissolving sulphuric acid in water where hydronium and bisulfate compounds are formed. Hydrolysis also helps in breaking down proteins, fats, and complex carbohydrates in food.

The general formula of a hydrolysis reaction is:

There are several types of hydrolysis, and we will look at them in brief below. 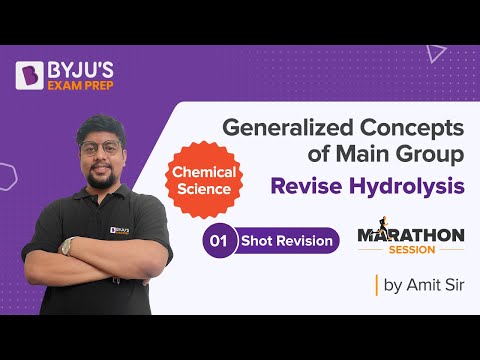 What is required for hydrolysis?

Literally, hydrolysis implies water reaction. It is a chemical mechanism in which, by adding a molecule of water, a molecule is broken into two pieces. As a salt with a weak acid or weak base (or both) is dissolved in water, the most common hydrolysis happens.

What is hydrolysis used for?

Hydrolysis is generally used to break down compounds into smaller fractions or parts for manufacturing. For instance, it is possible to hydrolyse a compound called organophosphate ester, or undergo a hydrolysis reaction. In the manufacture of insect killers and chemical sprays, this hydrolysis helps.

What is hydrolysis and condensation?

The opposite of a condensation reaction in which two molecules bind together into a larger one and eject a water molecule may be hydrolysis reactions. Hydrolysis thus adds water to break down, while when eliminating water and all other solvents, condensation builds up.

What happens during acid hydrolysis?

Acid hydrolysis is a hydrolysis mechanism in organic chemistry in which protic acid is used to catalyse the cleavage of a chemical bond by means of a nucleophilic replacement reaction with the addition of water elements (H2O). In the conversion of cellulose or starch to glucose, for instance.

What is the purpose of a hydrolysis reaction?

Hydrolysis reactions use water to break down polymers into monomers and when synthesizing a polymer from monomers, is the opposite of dehydration synthesis, which shapes water. Reactions from hydrolysis break bonds and release steam.

For a detailed discussion on acids, bases and salts and the reactions keep visiting BYJU’S or download our app to experience a fun learning experience.

Test your Knowledge on Hydrolysis!
Q5