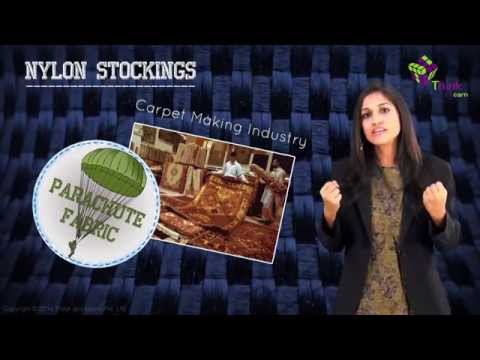 Have you ever wondered how the production of material by simple rearrangement of molecules can change lives and can also lead to riots? About fifty years ago, DuPont announced that it had made a substance called nylon which greatly influences many facets of our daily life. The invention of nylon fabric eliminated the ironing of clothes and its use in the making of carpets, stockings, etc. It is a polymer obtained by the condensation of di-amines with bi carboxylic organic acids.

It was first termed as “nuron” – “no run”. Due to some trademark issues, it was further renamed as “nilon” and then finally, it came as “nylon”. In 1940, nylon stockings came into the market through DuPont, and it sold about 5 million pairs of stockings on the first day of the times of second world war.

Nylon stockings were in big demand in departmental stores and boutiques, providing women with long-lasting hosiery items. However, it disappeared during the phase of world war II, and nylon polymer was permitted only to be used in the manufacturing of parachutes, ropes, tire cords, etc. As soon as world war II was over and it came again into the markets, there was a massive craze for it. In 1945, “nylon- riots” ensued in the country when hundreds or sometimes thousands of women stood in queues to get a pair of stockings. In Pittsburgh, the situation got out of control when about 40,000 people queued up for just 13,000 pairs of stockings. 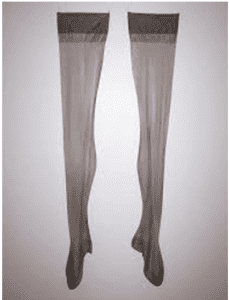 Today it is used in the manufacturing of an endless number of materials like toothbrush, socks, car seat belts, parachute materials, ropes, sleeping bags, curtains, carpets, and the list goes on. Nowadays the primary uses of nylon include the production of carpets and clothes, but during the time of world war II, it majorly replaced silk in the production of parachutes.

To know more about the nylon and the riot, watch the video.