What is a Physical Change?

For Example, when ice changes to water, there is a change in the physical state of ice, i.e. it changes from solid to liquid. If we cool the water again, ice will be formed making it a reversible reaction. Also, no new substance is formed in the above physical change.

What is a Chemical Change?

A change in which one or more new substances are formed is known as chemical change.

For Example, when the iron is exposed to air and moisture, rust formation takes place. Rust is nothing but Iron Oxide; a new substance formed out of the reaction. The colour of the surface of the iron also changes. Hence, rusting of iron is a chemical change.

When substances made of iron are exposed to oxygen and moisture (water), rusting takes place. Rusting removes a layer of material from the surface and makes the substance weak. Rusting is a chemical change.

Chemical reaction taking place during rusting is shown below.

Rusting is undesirable and methods are used to avoid rusting.

The process of depositing zinc on the iron to prevent rusting is known as galvanization. A striking example of the use of galvanization is the water pipes used in houses.

A physical process of obtaining large crystals of a pure substance from its solution is known as crystallization. Crystallization is a physical change. 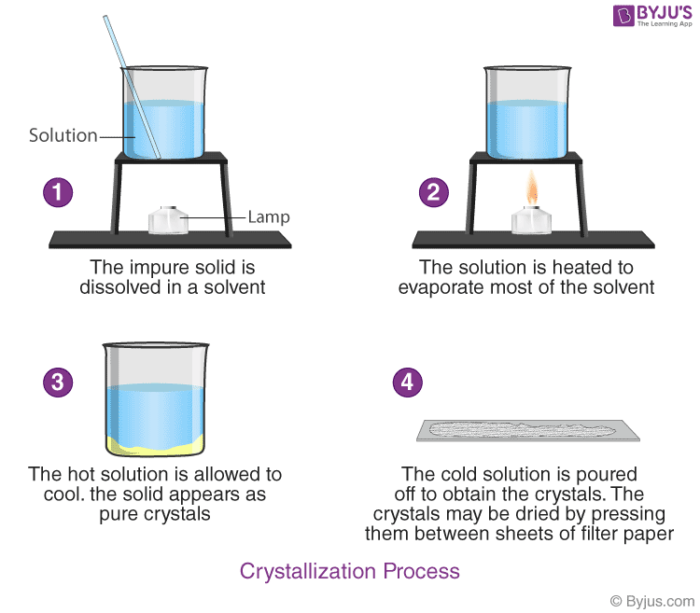 What are physical and chemical changes?

What defines a chemical change?

Chemical reactions requiring the rearrangement of atoms of one or more compounds and the modification of their chemical properties or structure resulting in the creation of at least one new substance: iron rust is a chemical alteration.

Is Melting zinc a chemical change?

Which process is a chemical change?

What is the importance of chemical change?

Chemical processes allow one to understand matter’s properties. We can learn its chemical properties by observing the way a sample interacts with another matter. These properties may be used to classify an unknown specimen or to predict how different kinds of matter may react with each other.

To learn more about Physical and Chemical Change register to BYJU’S now!
Test your knowledge on physical change
Q5