The uniqueness in the alkyne structure is due to the hybridization. The acidity of alkynes, non-polar bonding strength, and linearity is due to the triple bonds in these compounds. These compounds are slightly soluble in polar solvents and are totally insoluble in water. Alkynes have the capability of dissolving in organic solvents as the density of the solution is less, which is a characteristic feature of alkenes as well. For example: it has the capability to dissolve in ether solution.

Click here to know about the Preparation of Alkyne

Due to the repulsion of electrons they are relatively unstable compounds having high energy. The amount of energy present in the alkyne molecules is responsible for the evolution of large amount of heat. Clarify your subject related doubts by calling the BYJU’S mentor team. 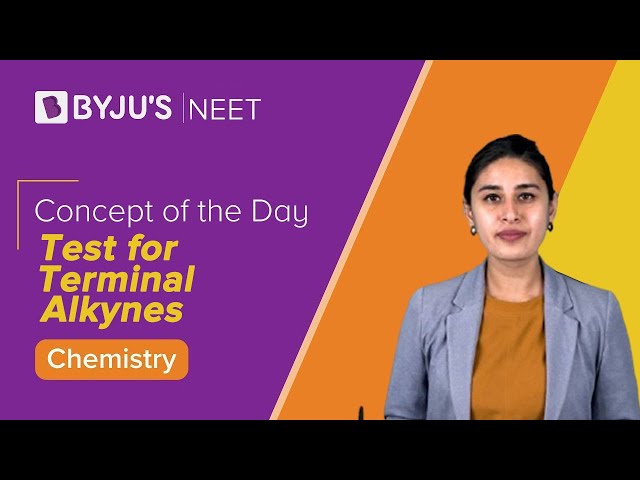 Test your knowledge on physical properties of alkynes
Q5