Physical Properties of Amines with Characteristics

Amines are organic compounds having functional groups which contain a nitrogen atom with a lone pair of electrons. They are the derivatives of ammonia where one or more hydrogen atom can be replaced by substituent groups such as alkyl or aryl. Amino acids, biogenic amine, trimethylamine, and aniline are examples of some significant amines. 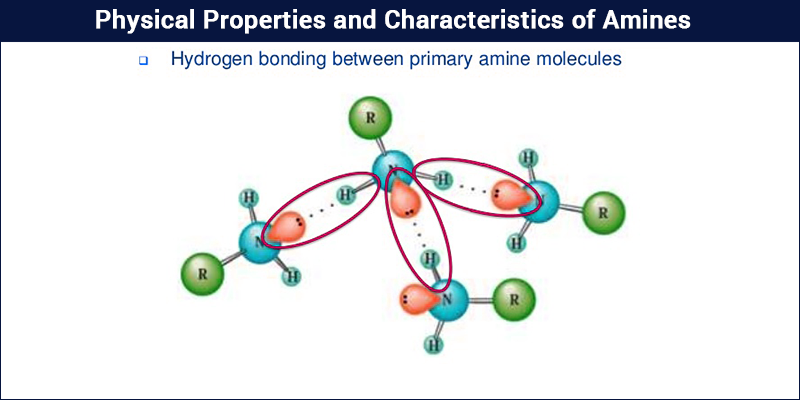 What are amines used for?

Amines, aside from narcotics and medications, are used in producing azo-dyes and nylon. They are commonly used in the production of crop safety, medicine and water purification chemicals. They also find use in personal care goods. The most popular form of amine used in the global market is ethanol amine.

Which amine is more reactive?

In general, amines, phosphines, and pyridines are high-boiling liquids or solids that are combustible, but not extremely flammable, at room temperature. An exception is methylamine, since it is a gas with a large spectrum of flammability. Noxious NOx gases are formed by the combustion of amines.

Why are aromatic amines carcinogenic?

The carcinogenic aromatic multi-ring amines are thought to be partially directed at the urinary bladder when the ultimate electrophilic form, a nitrenium ion, is transferred to the bladder in a stable form, where it becomes accessible by a shift in acidity.

What are the chemical properties of amine?

Amines are organic compounds that contain one or more nitrogen atoms and are often actually dependent on them. Structurally, amines mimic ammonia in that up to three hydrogens may be bound by nitrogen, but amines also have extra properties dependent on their connectivity to carbon.