Methods of Preparation of Aldehydes

Methods of Preparation of Aldehydes

The organic compounds that contain carbon-oxygen double bonds are referred to as carbonyl compounds. The Carbonyl group is one of the most significant functional groups in organic chemistry. Some of these compounds are widely used in the industry for manufacturing various chemicals and reagents.

There are various methods that can be used to prepare aldehydes depending upon the type and requirement of the compounds. Following are some important methods of preparation of aldehydes.

1. By Oxidation of Alcohol 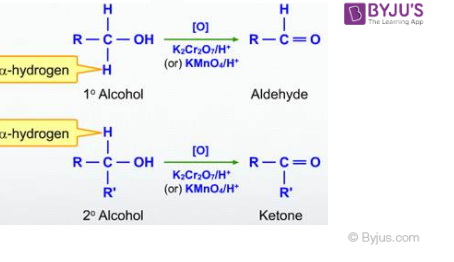 Dehydrogenation means removal of hydrogen. Dehydrogenation of alcohols is widely used in industries. In this method, a primary alcohol is passed over metal catalysts like Copper which results in the formation of an aldehyde. This method is preferred for the conversion of volatile alcohols into aldehydes. For example, the reaction of ethyl alcohol and isopropyl alcohol with Cu as a catalyst at 573 K temperature produces ethanal and acetone respectively. 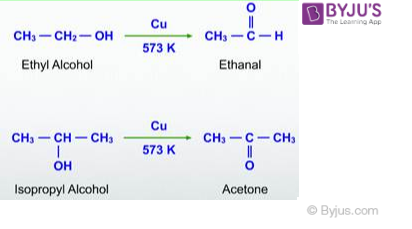 There are other methods used for the preparation of aldehydes, let’s have a look at those methods:

Click here to know about the Nomenclature of Aldehydes.

We can get aromatic aldehydes with the help of aromatic hydrocarbons by using the methods given below:

Toluene can be oxidised by strong oxidising agents to benzoic acid. The oxidation can be stopped at the aldehyde stage by using those suitable reagents to convert the methyl group to an intermediate that cannot be oxidised further.

What is meant by aldehyde?

Is aldehyde acidic or basic?

Aldehydes have a sp2-hybridised, planar carbon core that is bound to oxygen by a double bond and hydrogen by a single bond. Typically, the C – H bond is not acidic.

What is the use of aldehydes?

Formaldehyde is used as plant germicides, insecticides, and fungicides in the embalming, tanning, and processing of glues and polymeric items. It is also used for modelling and drug checking. Formaldehyde forms Bakelite when combined with phenol and is used in paints, coatings, and adhesives.

What are natural aldehydes?

Aldehydes are a class of reactive, organic compounds that can be found in natural products such as cinnamon bark (cinnamaldehyde) and vanilla bean (vanillin) as well as in laboratories.

Test Your Knowledge On Preparation Of Aldehydes!
Q5