Rutherford atomic model was the first step in the evolution of the modern atomic model. Ernest Rutherford was a keen scientist who worked to understand the distribution of electrons in an atom. He performed an experiment using alpha particles and gold foil and made the following observations: 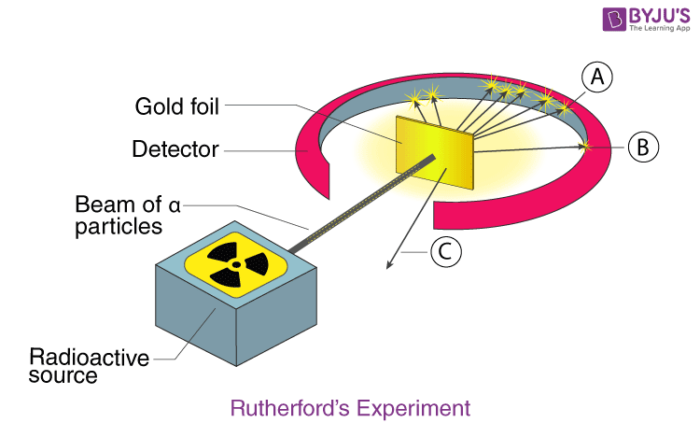 From his experiment, he came to the following conclusions:

From these conclusions, he calculated that the radius of the nucleus is around 105 times less than that of the atom.

Rutherford developed a nuclear model of the atom on the basis of his experiment and observations. The Rutherford atomic model has the following features: 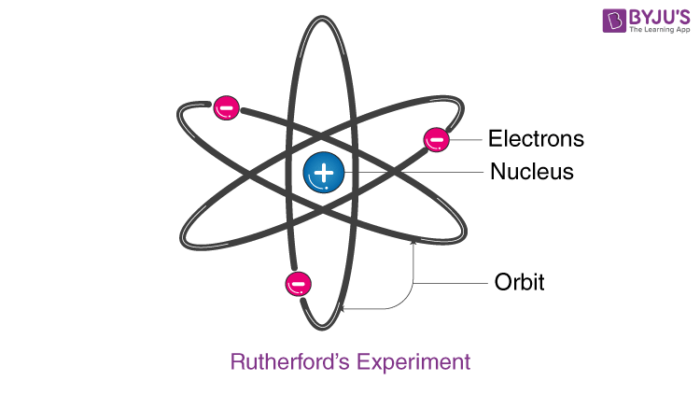 As per Rutherford’s model, electrons revolve around the nucleus in a circular path. But particles that are in motion on a circular path would undergo acceleration, and acceleration causes radiation of energy by charged particles. Eventually, electrons should lose energy and fall into the nucleus. And this points to the instability of the atom. But this is not possible because atoms are stable. Hence, Rutherford failed to give an explanation on account of this.

To learn more about the Rutherford atomic model with video lessons, download BYJU’S – The Learning App. 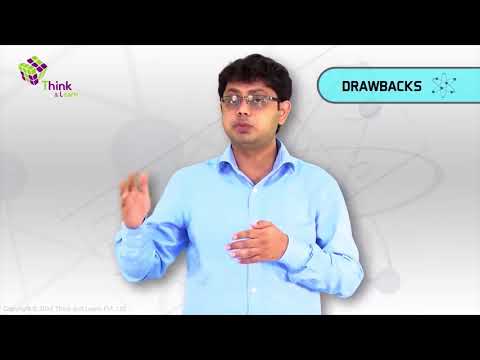