What is Solubility Product, Ksp?

The solubility product is a kind of equilibrium constant and its value depends on temperature. Ksp usually increases with an increase in temperature due to increased solubility.

Solubility is defined as a property of a substance called solute to get dissolved in a solvent in order to form a solution. The solubility of ionic compounds (which disassociate to form cations and anions) in water varies to a great deal. Some compounds are highly soluble and may even absorb moisture from the atmosphere whereas others are highly insoluble.

Solubility depends on a number of parameters amongst which lattice enthalpy of salt and solvation enthalpy of ions in the solution are of most importance. 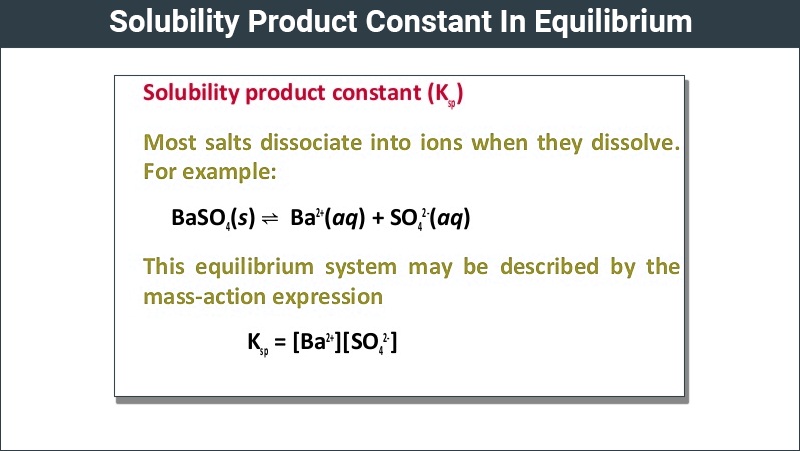 Salts are classified on the basis of their solubility in the following table.

Suppose barium sulphate along with its saturated aqueous solution is taken. The following equation represents the equilibrium set up between the undissolved solids and ions:

The equilibrium constant in the above case is:

In case of pure solid substances the concentration remains constant and so we can say: 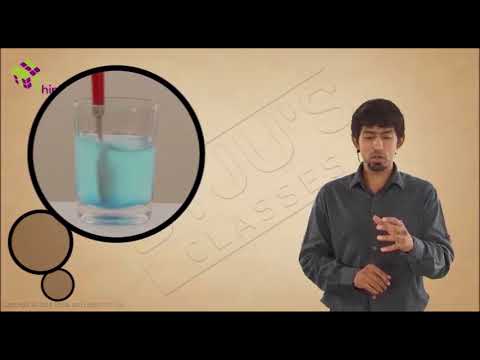 We know have a brief idea about the solubility of a compound and the factors affecting it. For any further query on this topic, call the mentor support team at Byju’s.