The zebrafish (Danio rerio) is a freshwater fish native to South Asia. It is well known for its regenerative abilities. It belongs to the minnow family (Cyprinidae) of the order Cypriniformes.

Zebrafish have been in the news lately because of their hibernation mechanism that will one day help humans to reach Mars according to researchers at Queen’s University Belfast, in the United Kingdom.

This article will be useful in the Environment and Ecology segments as well as helping candidates stay up-to date with current affairs topics for the IAS Exam.

In May 2021, it was announced by researchers at the Queens University at Belfast, UK that the hibernation form known as induced torpor found in zebrafish will give radio-protective effects, that may be useful for interplanetary voyages

Hibernation is a physiological condition found in many species. It protects them against harsh conditions, such as food scarcity and low environmental temperatures, a press statement by the university said.

Replicating hibernation may therefore protect astronauts against the harsh conditions of space flight, which include challenges such as radiation exposure, bone and muscle wastage, advanced ageing and vascular problems.

If astronauts hibernate on their journey, those difficulties may be solved, according to the researchers. 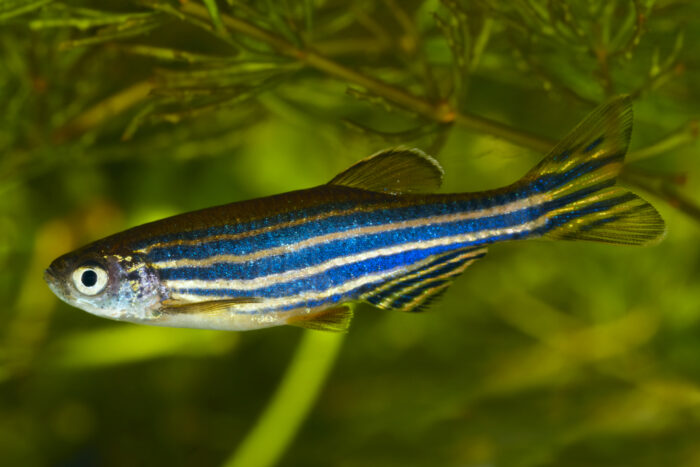 The zebrafish can reach up to 4–5 cm  in length, although they typically are 1.8–3.7 cm in the wild with some variations depending on location. Its lifespan in captivity is around two to three years, although in ideal conditions, this may be extended to over five years. In the wild it is typically an annual species.

The zebrafish is named for the five uniform, pigmented, horizontal, blue stripes on the side of the body, which are reminiscent of a zebra’s stripes, and which extend to the end of the caudal fin. Its shape is fusiform and laterally compressed, with its mouth directed upwards. The male is torpedo-shaped, with gold stripes between the blue stripes; the female has a larger, whitish belly and silver stripes instead of gold.

Zebrafish have also been found to regenerate photoreceptor cells and retinal neurons following injury, which has been shown to be mediated by the dedifferentiation and proliferation of Müller glia. Researchers frequently amputate the dorsal and ventral tail fins and analyze their regrowth to test for mutations. It has been found that histone demethylation occurs at the site of the amputation, switching the zebrafish’s cells to an “active”, regenerative, stem cell-like state.

To find out more about the Animal Species in India, visit the linked article.

Habitat and Feeding Habits of Zebrafish

Zebrafish typically inhabit moderately flowing to stagnant clear water of quite shallow depth in streams, canals, ditches, oxbow lakes, ponds and rice paddies. There is usually some vegetation, either submerged or overhanging from the banks, and the bottom is sandy, muddy or silty, often mixed with pebbles or gravel.

Zebrafish are omnivorous, primarily eating zooplankton, phytoplankton, insects and insect larvae, although they can eat a variety of other foods, such as worms and small crustaceans, if their preferred food sources are not readily available.

In research, adult zebrafish are often fed with brine shrimp, or paramecia.

What makes the Zebrafish so special?

As a vertebrate, the zebrafish has the same major organs and tissues as humans. Their muscle, blood, kidney and eyes share many features with human systems. Zebrafish have the unique ability to repair heart muscle. For example, if part of their heart is removed they can grow it back in a matter of weeks.

Why is Zebrafish used in medical research?

One reason that zebrafish are an important biomedical model is because zebrafish embryos are transparent and they develop outside of the uterus. This unique developmental process allows scientists to study the details of development starting from fertilization and continuing throughout development.

What is the percentage of DNA humans and zebrafish share between themselves?

Humans and zebrafish share 70 percent of the same genes and 84 percent of human genes known to be associated with human disease have a counterpart in zebrafish. Major organs and tissues are also common.

Aspirants can find complete information about upcoming Government Exams through the linked article. More exam-related preparation materials will be found through the links given below: