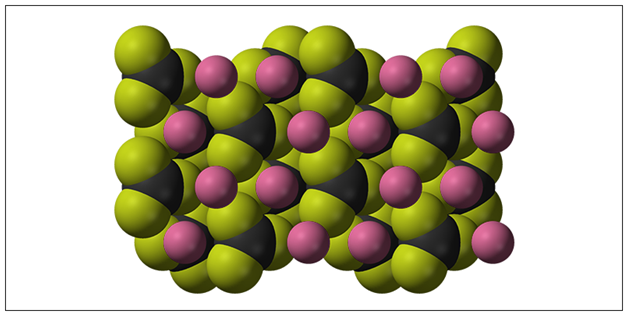 The mineral carbonate is the member of the mineral family which contains the ion of carbonate CO32- being its compositional and basic structural unit.  Found in plenty in the Earth’s crust, these are one of the most prominently supplied minerals on the planet. The carbonate ion has a trigonal symmetry as the carbonate minerals have a crystal-like structure in a way that the carbon atom is located right at the centre of the equilateral triangle of the atoms of oxygen. Mostly these groups of anions are discovered in the form of combinations of manganese, zinc, iron, copper, sodium, barium, calcium, uranium, aluminium, lead or the rare elements on earth.  Due to the carbonate ion having a planar structure, they have physical properties with marked anisotropy like greater birefringence, could be dissolved in hydrochloric acid and happen to be soft to touch.

There are around 80 types of carbonate minerals and most of them are scarcely found.  Certain rocks consist the carbonate varieties like dolomite, aragonite, and calcite where dolomites are found as a substitute for calcite in limestones; aragonite traces are found with the sediments and shells of certain organisms having skeletons that are calcareous; calcite is found mainly on the marbles and limestones as the principal mineral. These minerals are also the integral components of metal ores like for zinc metal it is called witherite; for manganese it is rhodochrosite; for iron it is rhodolite; for strontium it is smithsonite and for the lead it is cerussite.

The carbonates mentioned above that helps in the formation of rocks would come under two groups (structural) viz. aragonite or calcite.  The structure of calcite is explained mainly by their connection to the structure of sodium chloride where CO3 groups and Calcium atoms replace the chloride and sodium of halite.  A rhombohedral cell is formed as a result of the distortion a halide unit cell using compression within an axis that is three-fold. The CO3 groups would be parallel and lie in layers horizontally in calcite whereas the CO3 groups in layers that are adjacent would be pointed in directions that are opposite. There would be six atoms of oxygen bonded to the calcium atoms were one among the three CO3 groups placed at the above level and below level having three from the CO3 groups.

In addition to the simple carbonates, carbonate minerals include bicarbonates, hydrated carbonates and compound carbonates that contain other anions other than carbonates. The primary two groups include trona, nahcolite, low-temperature and shortite as they are usually found in the sedimentary evaporite deposits and hydrothermal alteration products having a low temperature. The third group members usually consist of elements that are rarely found on earth and are formed usually due to the hydrothermal alteration during low-temperature conditions. Some examples of this would include doverite, malachite, bastnasite and azurite.

Test your Knowledge on Carbonates
Q5