What is Circular Motion?

Some of the most common examples of circular motion include man-made satellite that revolves around the earth, a rotating ceiling fan, a moving car’s wheel, the blades in a windmill, and gears in gas turbines.

It is defined as the angle turned by a rotating particle per unit time. It is represented by ∆θ and measured in radians. In the figure, angular displacement is measured between the position vectors rand r’.

It is defined as the rate of change in angular displacement of a particle in a circular motion. It is denoted by

v= |ds/dt|; s is the displacement of the particle

Where r is the position vector of the particle measured with respect to the centre of the circle.

The acceleration of a particle in circular motion has two components :

It is defined as the rate of change of angular velocity of the rotating particle. It is measured in rad/s2

We understand that the acceleration of a particle in a circular motion is always directed towards the centre and is given by v2/r. Applying Newton’s second law of motion in this situation;

Where m is the mass of the particle 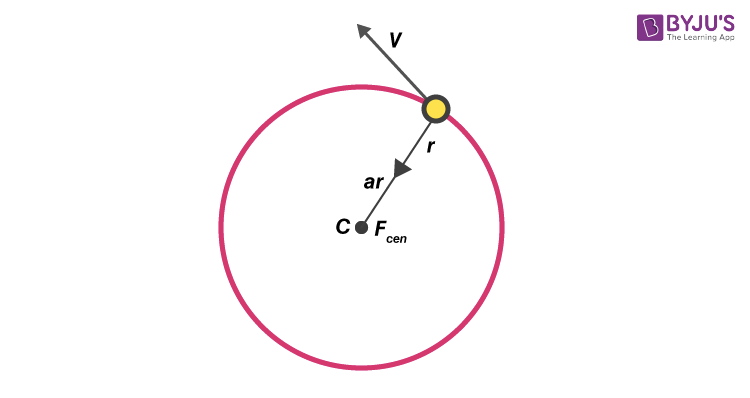 Examples of centripetal forces include gravitational force, the tension in a string and friction.

Application of Newton’s Laws of Motion

Let us understand the application of Newton’s laws of motion in two different scenarios. The motion of a vehicle will be on either:

At an instant when a vehicle makes a turn on a level road, there are three different forces acting.

In the vertical direction N-mg = 0

The centripetal acceleration for circular motion is provided by static friction. This friction holds back the vehicle from moving away from the circle.

µis the coefficient of static friction

This implies that for a circular path of given radius and µ, there is a maximum possible speed of the vehicle.

The effect of friction on the motion of a vehicle on a circular road can be minimized if the road is slightly raised on the outer end. This is called banking. Let the road be banked at an angle θ0 as illustrated in the figure. 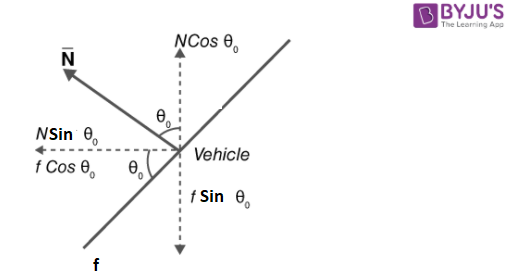 Net force along the vertical direction is zero since there is no acceleration along this direction.

Solving the above equations gives us, 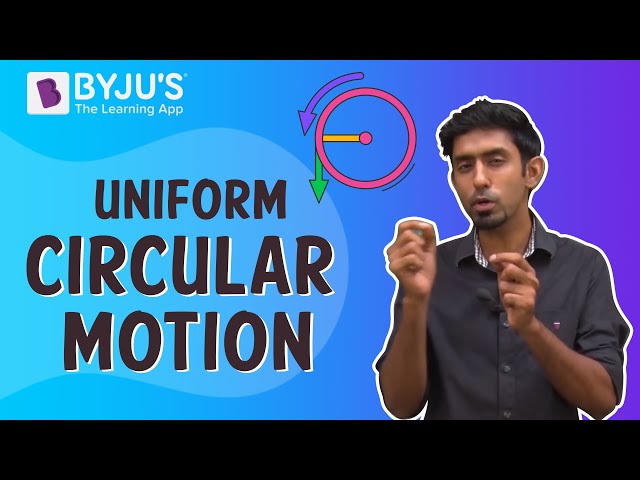 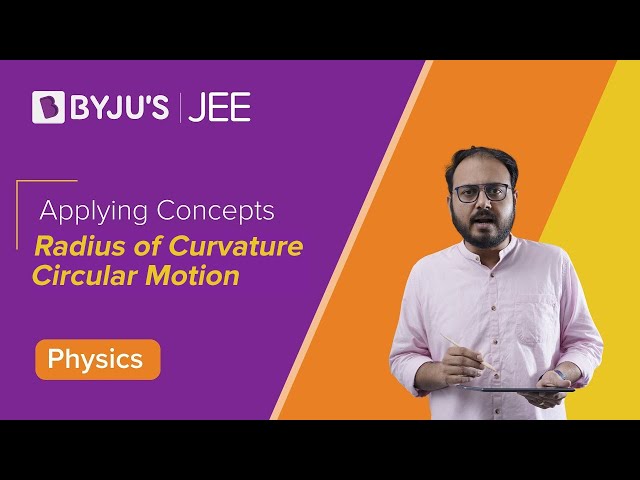 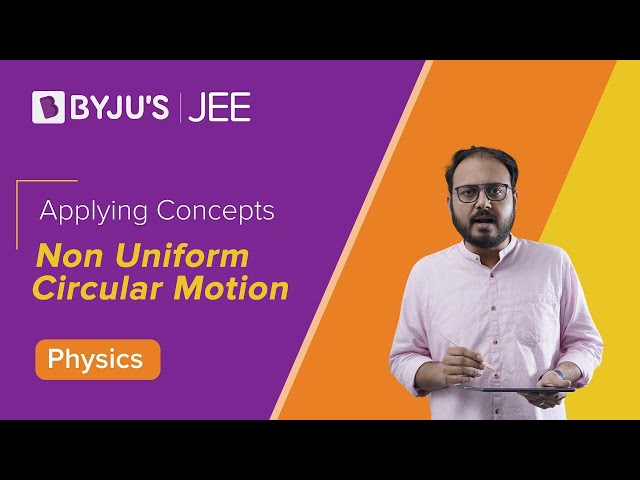 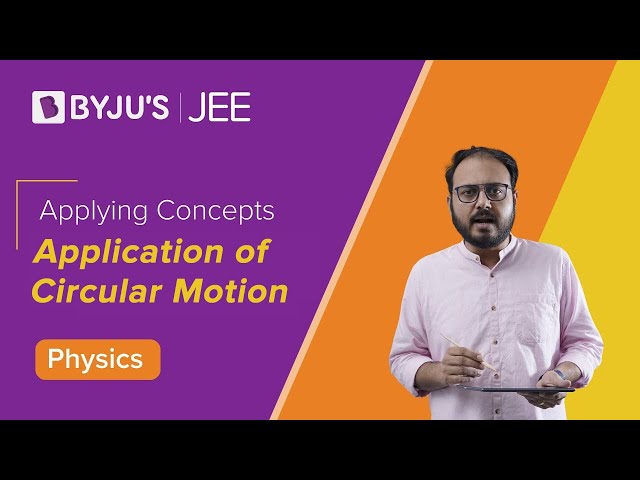 Question 1: What is the angular velocity of a particle in a circular orbit, rotating at the rate of 200 times per minute?

Solution: In the given problem, the frequency of rotation is 200 times per minute

Question 2: An electrically powered wheel is rotating about its axis at the rate of 900 rotations per minute. When the power is turned off it comes it rest in 1 minute. Find the angular deceleration of the wheel in rad/s2.

Solution: From the laws of motion in the case of rotational motion, We know that ω = ω0 + αt.

From the given data :

Question 3: A bus is moving in a circular track of radius 1000cm with a speed of 10m/s. A pendulum is suspended from the roof of the bus by a light rigid rod of length 100cm. Find the angle made by the rod with the track. (Use g=10m/s2)

Question 4: The minimum velocity with which a car driver must traverse a curve of radius 150m and coefficient of friction 0.6 to avoid skidding is? [IIT-JEE 2002]

Question 5: Which of the following statements is false for a particle moving in a circle with a constant angular speed? [AIEEE 2004]

a)The velocity vector is tangent to the circle

b) The acceleration vector is tangent to the circle

c) The acceleration vector points to the centre of the circle.

d) The velocity and acceleration vectors are perpendicular to each other.

What type of motion is called circular motion?

What are the types of circular motion?

Circular motion can be either uniform or non-uniform.

Give an example of circular motion?

What is the value of instantaneous acceleration in a uniform circular motion?

v is the velocity of the object.
R is the radius of the circle.

The direction is perpendicular to velocity and directed inwards along the radius.