FAQ’s on Group 15 Elements in JEE 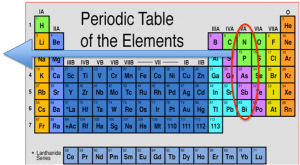 Question: What are the general characteristics of group 15 elements?

Answer: Group 15 elements or pnictogens include Nitrogen, Phosphorus, Arsenic, Antimony (Sb), and Bismuth. The elements of Group 15 have a general electronic configuration of “ns2np3” that is, they have five electrons in their outermost shell with half-filled p orbitals. Covalent and ionic radii increase from top to bottom in the group due to the increase in the number of shells. However, an increase in the covalent radii is quite significant from N to P in comparison to As to Bi due to completely filled d, f orbitals in the heavier members.  Ionisation enthalpy decreases down the group assize of the atom increases. Electronegativity generally decreases down the group due to increase in atomic size.

Questions: What are the chemical properties exhibited by group 15 elements?

Questions: Which reference books can one follow for group 15 elements?

Answer: While studying group 15 elements for JEE, one must go through the NCERT class 12th chemistry textbook part-1. A brisk walk through NCERT will not only give you a sound idea of the various topics you need to cover according to the JEE syllabus but also develop the fundamentals regarding the topic. Apart from this, you can follow a reference book to understand some concepts which are not elaborately explained in NCERT. J.D. Lee’s book on inorganic chemistry can be used as a reference book. Apart from this, you can practice previous year JEE questions and questions from O.P Tandon’s book for inorganic chemistry.

For further details related to group 15 for JEE chemistry, get in touch with our mentors here at BYJU’S.