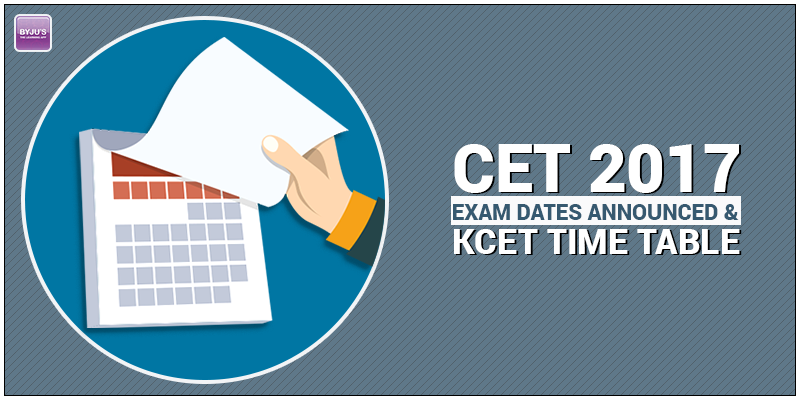 Karnataka Examinations Authority popularly known as KEA conducts the Karnataka Common Entrance Test (KCET) every year to offer admission into various undergraduate and professional courses to the deserving candidates across different colleges within the State of Karnataka.

The admission into all these specified courses will be through an entrance conducted by KEA but for entry into medical and architecture, the aspiring candidates must take the following exams.

For undertaking admissions into Architecture courses, the candidates have to appear for NATA (National Aptitude Test in Architecture) conducted by the Council of Architecture.

The dates for KCET 2017 have been released and are as follows: