While the uncertainty among JEE candidates continues to grow, the National Testing Agency (NTA) has yet again released new notification on its official website to clear some of the doubts for aspirants. This time the notification states that the JEE Main 2020 (April session) is being postponed to a later date.

In an official circular dated March 31, NTA has declared that JEE Main April 2020 examination will now be held in the last week of May 2020. However, the exam conducting authority has said that the exact dates will be mentioned on the official website (jeemain.nta.nic.in) at a later stage.

Additionally, NTA has also announced that it will be issuing the JEE Main 2020 admit card only after April 15. Nonetheless, this will also depend on how the situation unfolds in the coming days.

“We are hopeful that we would get back to normal relatively soon; but for now, we are closely monitoring the scenario to evaluate if the situation may necessitate any change in the schedule. Accordingly, the Admit Cards for the Examination will now be issued after 15th April 2020 based on the situation at that time,” says the notification from NTA.

In essence, candidates will need to visit the official site often to check the dates and other important details regarding the exam.

NTA has assured that they will keep students updated about the latest developments and will also inform them about changes and exact dates of examination much in advance.

Meanwhile, the exam authority has also released certain helpline numbers for students to clear their doubts. Read about it in detail below: 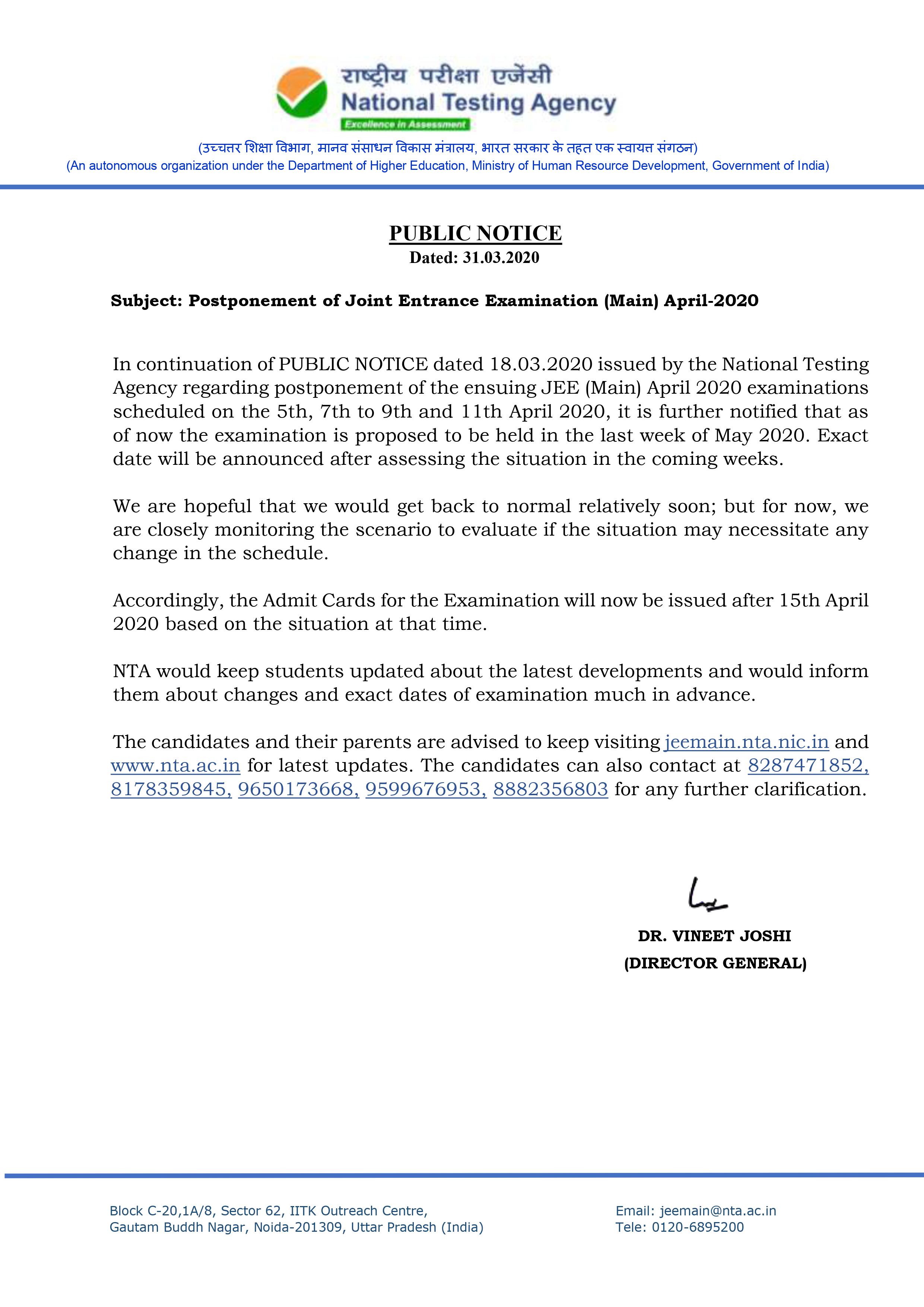