Optical isomerism is basically a type of stereoisomerism. Now, before we learn about optical isomerism let us quickly recall what are isomers and stereoisomers. Isomers are those compounds which have the same molecular formula but different bonding arrangement among atoms.

What is Optical isomerism?

Optical isomerism is a case where the isomers display identical characteristics in terms of molecular weight as well as chemical and physical properties. However, they differ in their effect on the rotation of polarized light.

For example, an enantiomer of alanine (amino acid) which rotates the plane of polarized light in clockwise and anti-clockwise direction can be written as (+) alanine and. (-) alanine respectively.

The extent of rotation of plane-polarized light by the two enantiomeric form is exactly the same but the direction of rotation is opposite. Moreover, if the two enantiomer pair are present in equal amount then the resultant mixture is called a racemic mixture. This means that 50% of the mixture exists in (+) form and the other 50% exist in (-) form.

To determine whether the compound is optically active or not, we have to first see whether the carbon is attached to four different groups or not. For a better understanding of optical isomerism, let us take an example of two models of organic compound as shown below;

We cannot make the spatial arrangement of A and B exactly the same by rotating them in any direction. A and B is said to be non-superimposable because we cannot make them look exactly.

Let us now see what will happen if a molecule containing two same groups attached to a central carbon atom is rotated as shown in the figure below;

Rotating molecule A by 180 degrees will give the same arrangement of the atom as that of B as shown below;

From the above explanation, we can conclude that the compound will be optically active only if all the group attached to the central carbon atom are different.

If all the group attached to the central carbon atom are not different then there exist plane of symmetry. Such molecules are called achiral molecules. It is clear that only molecule having chiral centre will show optical isomerism. 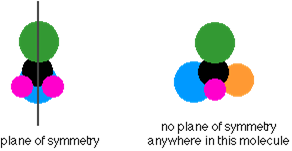 Relationship Between The Enantiomers

Enantiomers are a type of stereoisomers in which two molecules are a non-superimposable mirror image of each other. 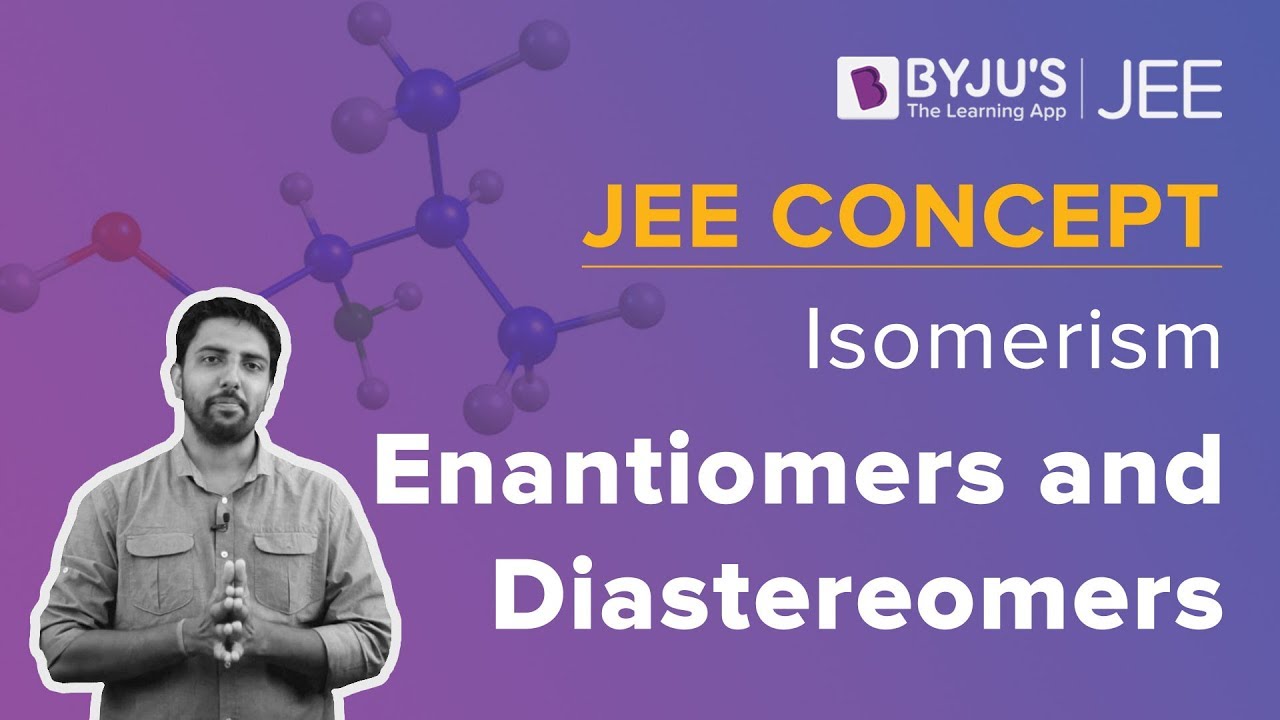