Phosphorous Acid is a yellow or white crystalline acid or an odourless, colourless phosphorous-containing inorganic acid. It acts as an intermediate in the preparation of other phosphorus acids. It is used as orthodontics as an etching solution. It is used in the dental appliance to clean surfaces of the teeth. Phosphorous acid plays a vital role in metabolism as it is a constituent in teeth and bone. 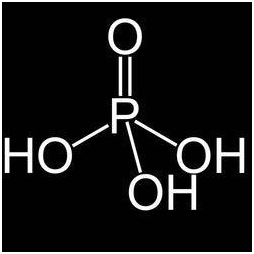 Phosphorous acid is termed as orthophosphoric acid. When an unstable element readily absorb moisture it is converted into phosphoric acid when it is heated above one eight degree Celsius. The salts that are formed by phosphoric acid are called phosphates. They are used in crops to reduce or encounter fungi like pathogens.

The best method to prepare phosphorous acid is by hydrolysis of phosphorous hydroxide. In the below equation the resulting equation is heated resulting in eradicating HCL.

Rest of the water is evaporated until the phosphorous acid that is colourless crystalline appears on cooling. At 158.2 °F, the colourless crystalline phosphoric acid melts, as a result, it is readily soluble in water and comprises of an odour that is similar to that of garlic. When phosphorous acid is heated above two hundred degree Celsius (200 °C), it disproportionate into phosphine.

The salts of the phosphoric acid act as an active reducing agent. For instance, phosphorous acid reduces mercury salts (||) to mercury (|).

They are used in the preparation of potassium phosphite which is a phosphite salt. It is used commonly as a rest removal. Phosphorous is found in various food products such as egg yolks, nuts, fish, milk, meat, and poultry. Phosphorous acid is mainly used in the production of phosphonates that are employed in water treatment.