Saytzeff’s Rule is also called Zaitsev’s rule, Saytzev’s rule or Z-rule. A Russian Chemist Alexander Zaitsev analysed different elimination reactions and observed a general pattern in the resulting alkenes. Based on this analysis, Zaitsev stated that stable alkene is formed when the removal of hydrogen from β-carbon has a low number of hydrogen substituents.

During elimination reactions, Saytzeff’s Rule comes into the picture. The most substituted product would be the most stable and most preferred one. This rule does not generalize about the product stereochemistry, but only the regiochemistry of the elimination reaction.

Elimination reactions of some alkyl halides and alcohol will result in different alkenes and Saytzeff’s Rule is used to predict the major product. The major and minor products are predicted based on the number of alkyl groups attached to the alkene. 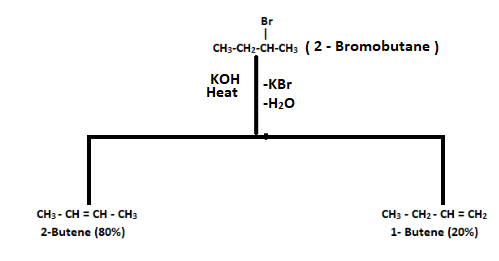 When 2-bromobutane undergoes a dehydrohalogenation reaction it gives two products 1-butene and 2-butene. Out of these two, 2-Butene is a major product since it is highly substituted and more stable. 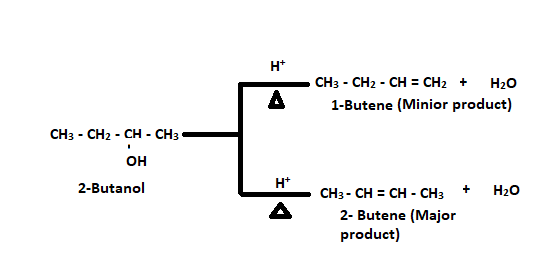 Consider a dehydration reaction of 2, 3-dimethylpentan-3-ol

Sulfuric acid ionizes to give a proton

Proton formed in step 1 reacts with OH group and forms OH2+ and loss of water gives positive charge on the carbon atom and forms a tertiary carbocation. 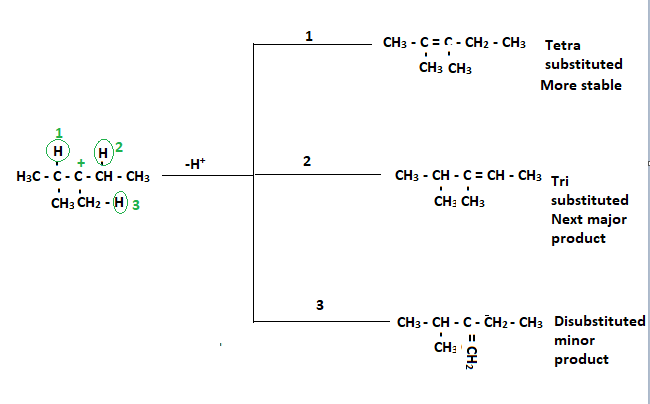