The angle which forms a straight line is called the 180-degree angle. In geometry, we will be introduced to different types of angles, such as acute angle, obtuse angle, right angle, straight angle, reflex angle and full rotation. The angle which measures 180 degrees is named as the straight angle. The other angles are given here:

To measure any angle we can directly use a protractor or a compass. Here are the steps to find a 180° angle, given in a plain sheet.

Hence, we get a straight angle. 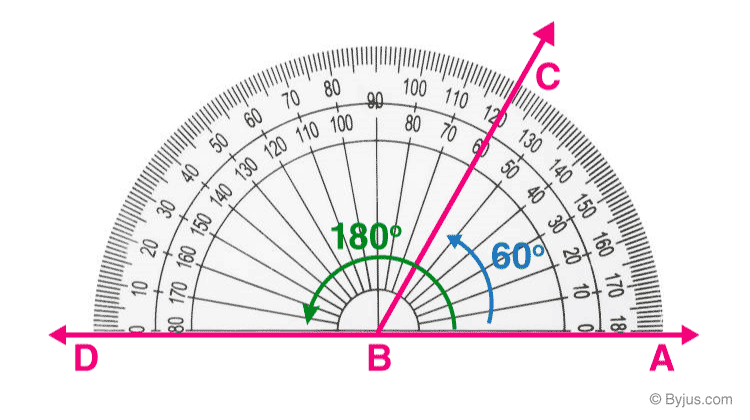 How to Draw a 180-Degree Angle Using a Compass?

To draw the straight angle using compass follow the below steps.

Check: To check if the angle is 180 degree or not, you can use a protractor by keeping the center of the protractor at the top of point O and measuring the angle POQ.

As per the definition of different angles present in geometry, here is a brief description for each angle. Suppose θ is any angle, then;

Question: If a straight angle is divided into two parts, and one angle measures 60 degree, then find the other angle.

Hence, the other angle measures equal to 120°.