Application of Integrals for Class 12

From the previous classes, we are already aware of the various method of integration in Maths.  In the class 12 maths chapter 2, students will learn a specific application of integrals to find the area under simple curves, area between lines and arcs of standard forms of different curves such as circles, parabolas and ellipses. We shall also deal with finding the area bounded by these curves along with the combination of lines. In this article, let us look at the various application of integrals Class 12 Maths Chapter 8.

From the previous classes, we are already aware of the various method of integration in maths.  In this article, let us look at the various application of integrals class 12 Maths.

One of the major application of integrals is in determining the area under the curves.

Consider a function y = f(x), then the area is given as 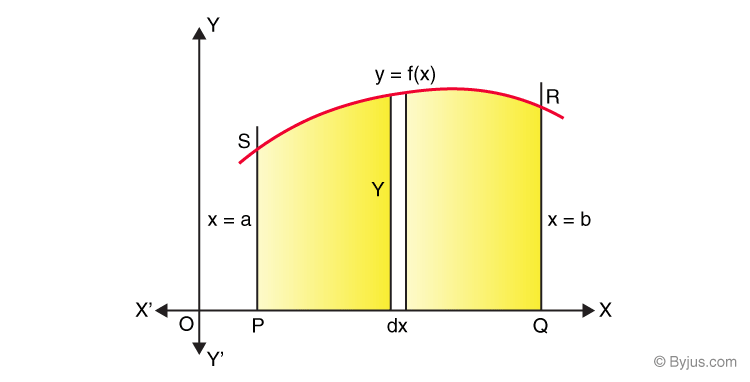 Determine the area enclosed by the circle x2 + y2 = a2 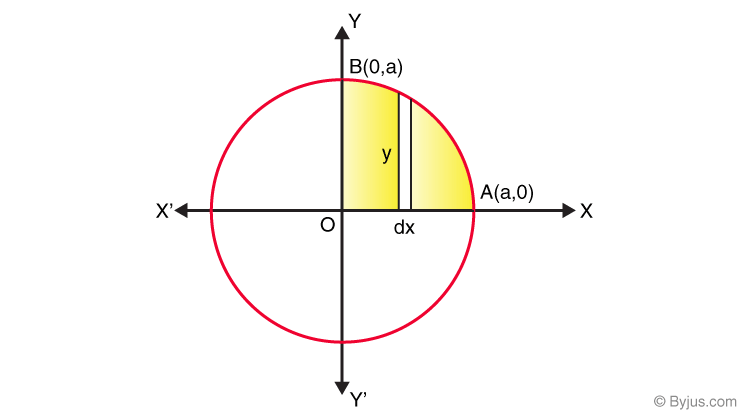 From the given figure, we can say that the whole area enclosed by the given circle is as

= 4(Area of the region AOBA bounded by the curve, coordinates x=0 and x=a, and the x-axis)

As the circle is symmetric about both x-axis and y-axis, the equation can be written as

From the given circle equation, y can be written as

As the region, AOBA lies in the first quadrant of the circle, we can take y as positive, so the value of y becomes √(a2-x2)

Integrate the above function, we get

Now, substitute the upper and lower limit, we get

Let’s have a look at the example to understand how to find the area of the region bounded by a curve and a line.

Find the area of the region bounded between the line x = 2 and the parabola y2 = 8x.

Given equation of parabola is y2 = 8x. 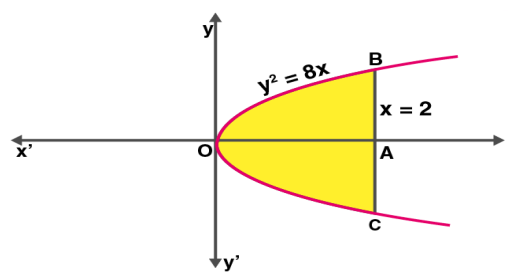 Here, y2 = 8x as a right handed parabola having its vertex at the origin and x = 2 is the line which is parallel to y-axis at x = 2 units distance

y2 = 8x has only even power of y and is symmetrical about x-axis.

So, the required area = Area of OAC + Area of OAB

By applying the limits,

Go through the example given below to learn how to find the area between two curves.

Now, substitute y2 = 4x in the given circle equation,

On solving the above equation, we get

Therefore, the point of intersection of the circle and the parabola above the x-axis is obtained as O(0,0) and P(4,4). 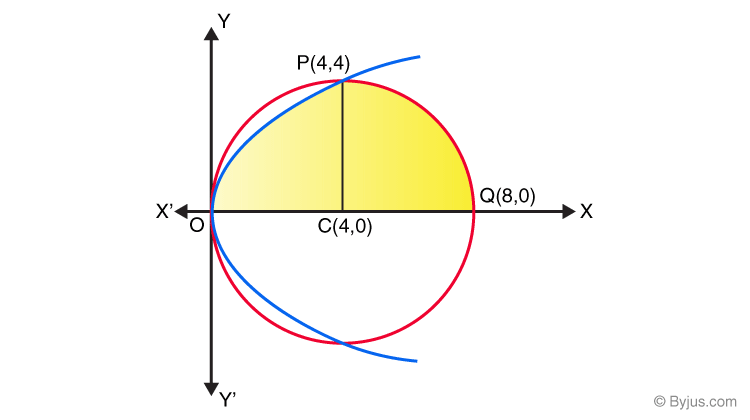 Hence, from the above figure, the area of the region OPQCO included between these two curves above the x-axis is written as

Now take x-4 = t, then the above equation is written in the form

Therefore, the area of the region that lies above the x-axis, and included between the circle and parabola is (4/3) (8+3π).