Logical reasoning is an important skill used in all the fields such as science, engineering, and even in our daily life activities. It is also used in mathematical problem-solving strategies. One can quickly get the conclusion using the mathematical principles and the given facts. We know that there are different logical connections used in Maths to solve the problem. The commonly used logical connectives are:

In this article, let us discuss in detail about one of the connectives called “Conjunction” with its definition, rules, truth table, and examples. 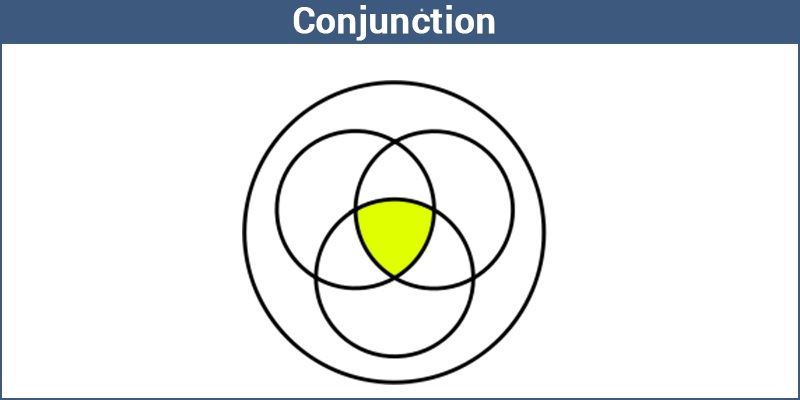 The below figure shows the conjunction of A and B: 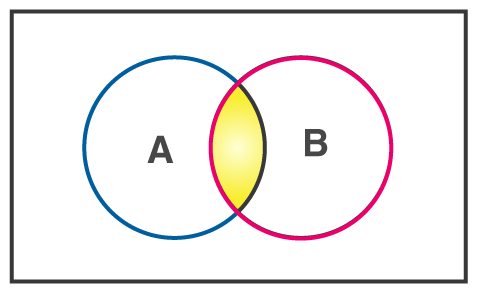 Rules for a Conjunction

Given that r: 5 is a rational number. This proposition is true.

s: 15 is a prime number. This proposition is false as 15 is a composite number.

Therefore, as per the truth table, r and s is a false statement.

Let a: x be greater than 9 and b: x be a prime number. Is it a conjunction?

Since x is a variable whose value we don’t know. Let us define a range for a and b.

To find the range let us take certain values for x;

Hence the conjunction a and b is only true when x is a prime number greater than 9.

To learn more Maths-related concepts, register with BYJU’S – The Learning App and subscribe to BYJU’S YouTube channel and learn in an engaging and fun way.