We all are already aware of the concept of Triangle. A Triangle is a three-sided Polygon made up of Three sides having three angles. It is to be noted that in the construction of triangle the three sides and angle may or may not be equal in dimensions.

Practical geometry, which deals with the construction of different geometrical figures, is an important branch of Geometry. Using a set of geometrical tools such as rulers, compasses and protractors, different shapes like squares, triangles, circles, hexagons, etc. can be constructed. The only condition is that you should be aware of the properties of these figures that set them apart from one another. You are already aware of the construction of lines, angles, bisectors, etc. This knowledge is extended for triangle construction. But before we move to that, in this section, we bring to you all the properties of triangles that you need to keep in mind before moving over to triangle construction.

Different triangles have different properties. Some of the common properties of all triangles are listed below. 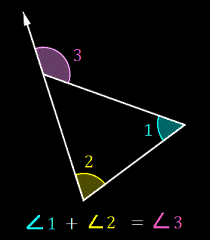 Criteria for Construction of Triangle

For the construction of the Triangle, all its dimension and angles need not be required.

Any of the following set of measurement is required to construct a triangle: 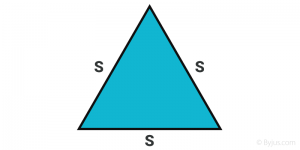 All three sides are given (SSS)

2. Construction of triangle when perimeter and two angles are given 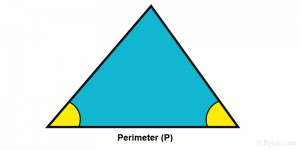 The perimeter of the Triangle and two base angle 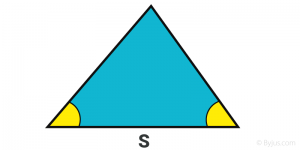 Two angles and side between them (ASA) 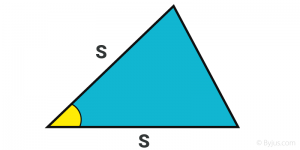 Two sides and the angle between them (SAS) 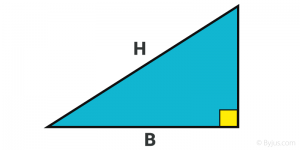 Right-angled Triangle given Hypotenuse and a Side.

Learn more about Congruence of Triangle, constructing triangles with BYJU’S.