The below figure shows the coordinate axes and planes in three dimensions. What are Coordinate Axes in Three Dimensional Space? 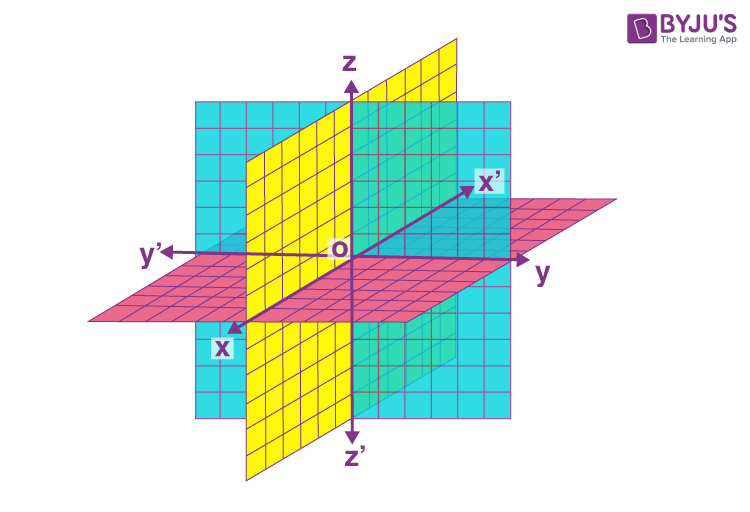 These three planes intersect along the lines X′OX, Y′OY and Z′OZ, and are respectively called the x, y and z-axes. However, point O is called the origin of the coordinate system. The representation of coordinate axes in three dimensions is given below. 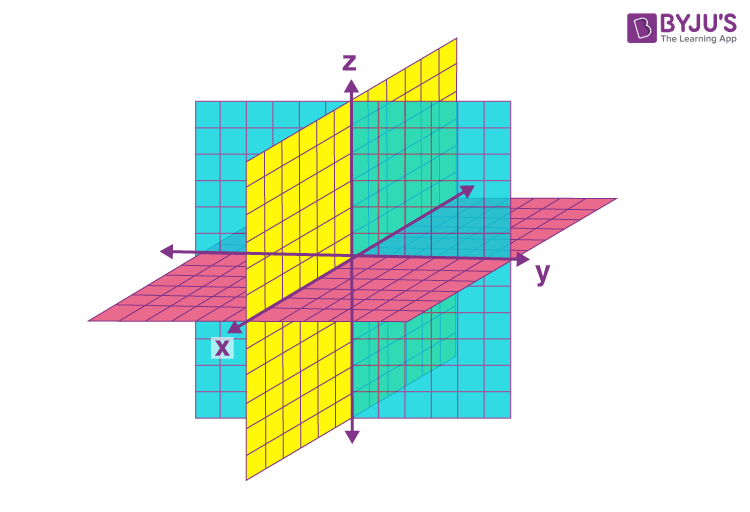 As these lines are mutually perpendicular to each other, they constitute the rectangular coordinate system.

What are Coordinate Planes in Three Dimensional Space?

The planes XOY, YOZ and ZOX, are called the XY-plane, YZ-plane, and the ZX-plane, respectively; these are also known as the three coordinate planes. These can also be denoted using small letters such as xy-plane, yz-plane, and zx-plane along the x, y and z-axes. The below figure depicts the coordinate planes of a three-dimensional space. 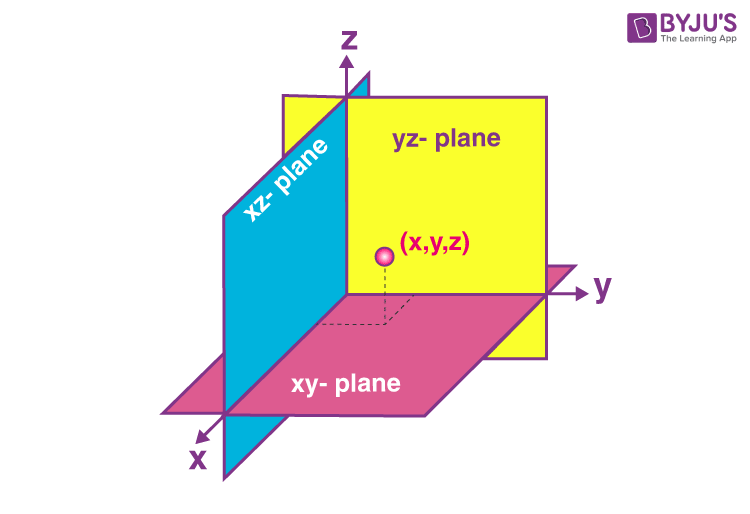 The positive and negative axes can be determined as explained below:

From the above, we can say that there will be eight regions called octants and these octants are named as XOYZ, X′OYZ, X′OY′Z, XOY′Z, XOYZ′, X′OYZ′, X′OY′Z′ and XOY′Z′. and are respectively denoted by I, II, III, IV, V< VI, VII, and VIII.

In three-dimensional space, the coordinates of points in different locations can be written as: