Geometrical Meaning of the Zeroes of a Polynomial

A coefficient is a real number that is present along with variables.

Degree of a Polynomial:

Zero of the Polynomial:

The zero of a polynomial P(x), when x=k is the value obtained by substituting x as “k”, where k is a real number.

Now, let us discuss the geometrical meaning of the zeroes of a linear polynomial and quadratic polynomial in detail.

Geometrical Meaning of the Zeroes of a Polynomial Examples

The graph of the linear equation y=2x+3 is given below: 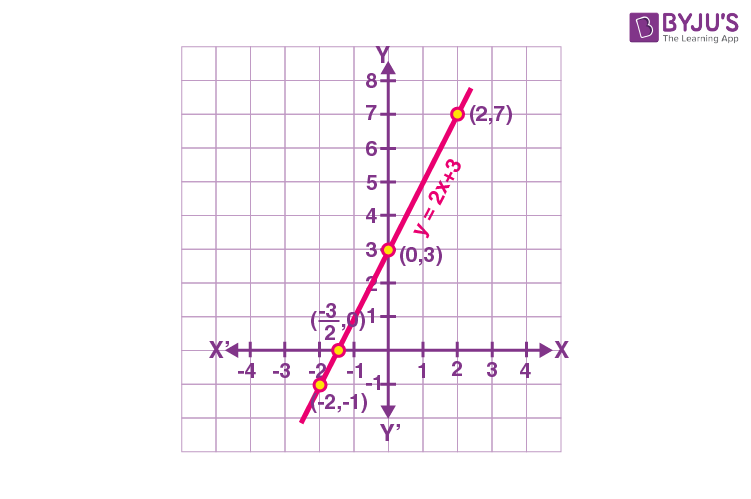 From the graph, we can observe that graph y=2x+3 intersects the x-axis between x=-1 and x=-2

For the given quadratic equation, first find the coordinates (x, y), by taking a few values of x.

Now, graph the points as shown below: Since the quadratic equation has at most two zeroes, there exist three different cases. They are:

Case 1: The graph cuts the x-axis at two distinct points, say A and A’.

In this case, the quadratic polynomial has two zeroes. 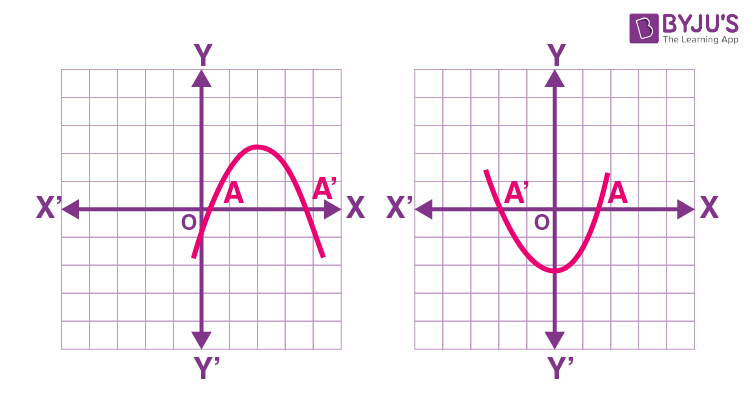 Case 2: The graph cuts the X-axis at exactly one point, say A.

In this case, there exists only one zero. 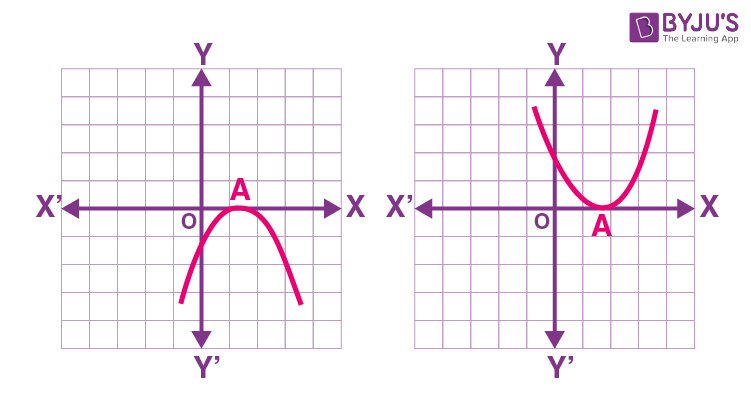 Case 3: The graph does not cut X-axis at any point. 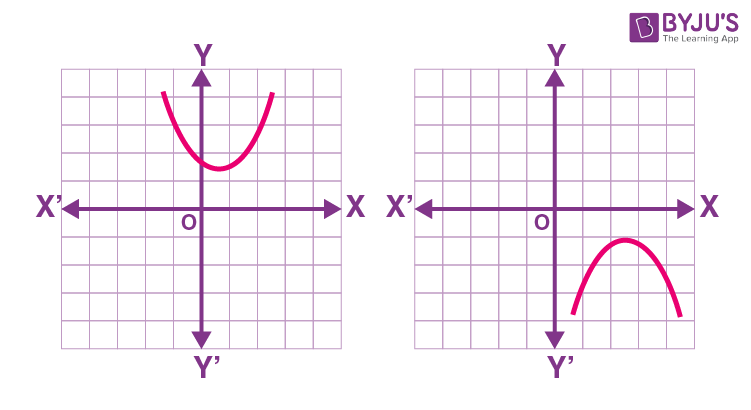 Find the number of zeroes for the following graphs of polynomial equations: 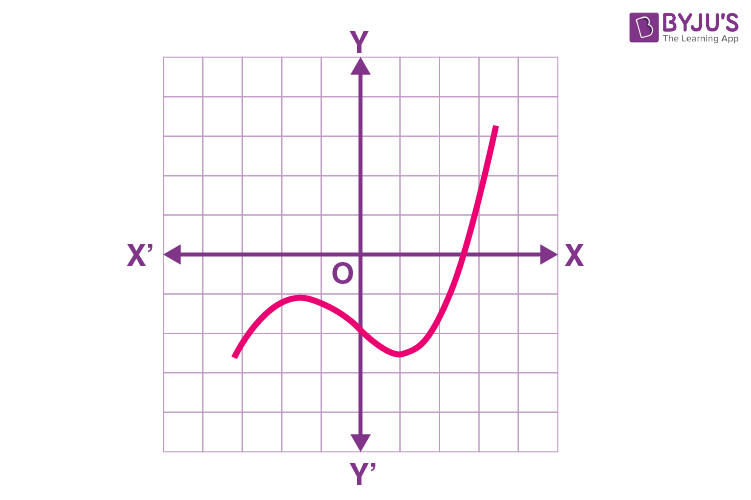 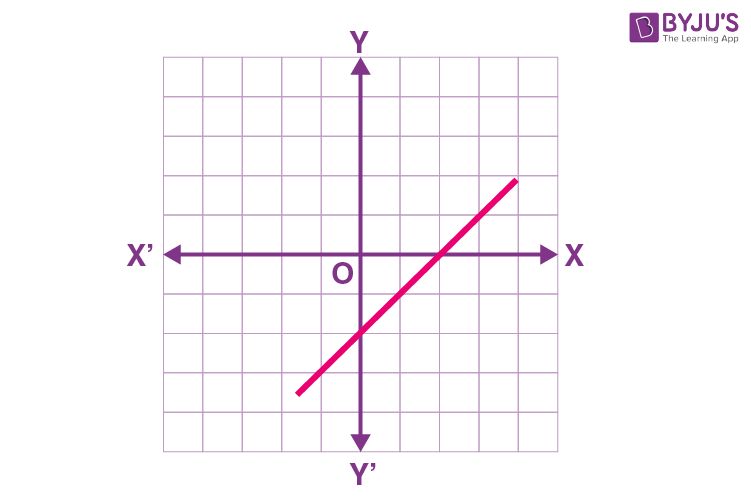 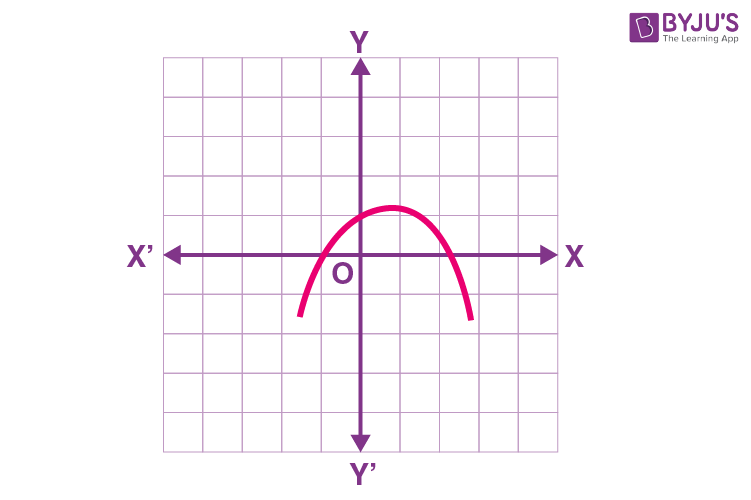 Stay tuned with BYJU’S – The Learning App and download the app to learn all Maths-related concepts by exploring more videos.