In measuring angles, we generally use two types of measuring units, namely degrees and radians. Both measurements are widely used units in geometry and trigonometry in solving many problems. In general, the degree measure is used in earlier classes of mathematics since it is easy to understand and remember as this involves use of a protractor to measure the angle. In case of radians, one should understand the concept of circles and related terms along with their meaning and formulas. In this article, what is the radian measure of an angle, how to find the measure of an angle in radians and measurement of different angles in radians are explained.

Angle subtended at the centre by an arc of length 1 unit in a unit circle (circle of radius 1 unit) is said to have a measure of 1 radian. The symbol used to denote the radian measure is “rad” or “c”. This is shown in the figure given below. 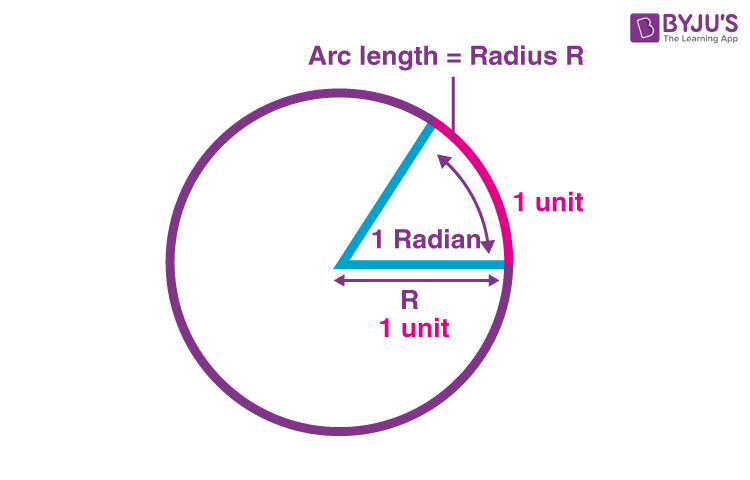 Thus, one complete revolution of the initial side subtends an angle of 2π radians.

Further, in a circle of radius r, an arc of length r will subtend an angle of 1 radian.

As we know, equal arcs of a circle subtend equal angles at the centre. Considering a circle.

From this, we can say that an arc of length l will subtend an angle whose measure is l/r radian.

Let r be the radius of a circle, l be its arc length subtends an angle θ radian at the centre. Thus,

Radian measure of an Angle 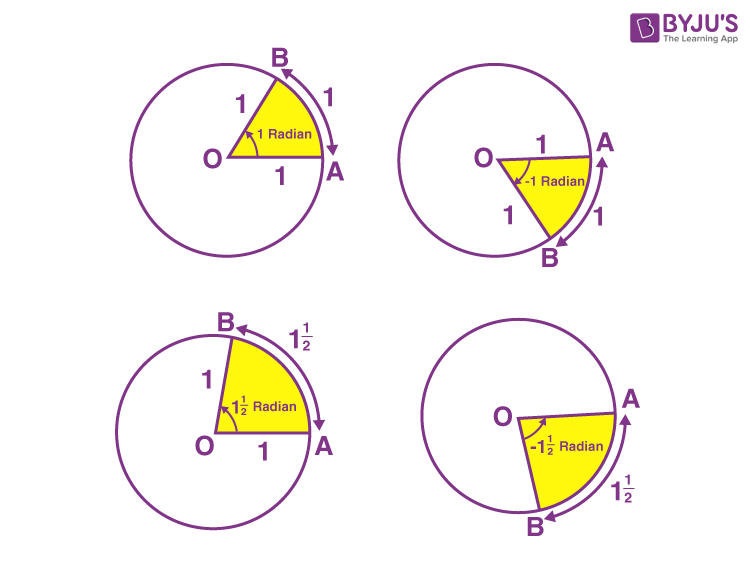 Using the above relations, let’s convert a few angles. These are useful to learn how to find the radian measure for any given angle. 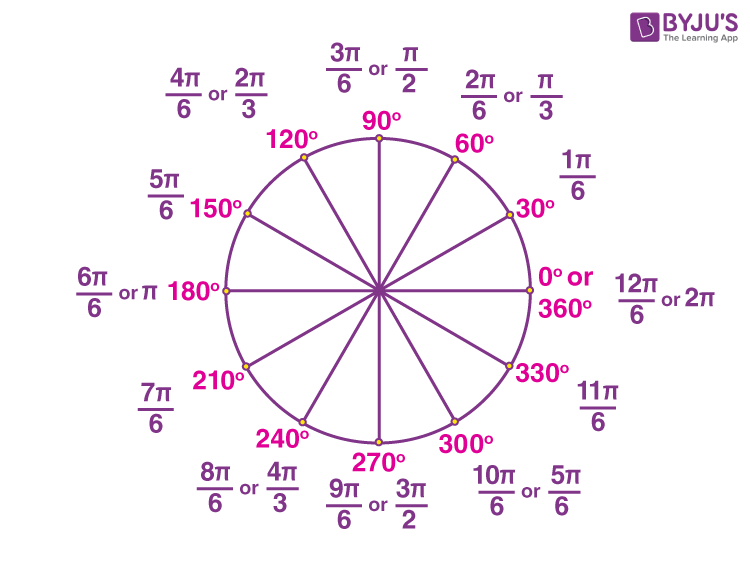 Go through the solved examples given below.

Which radian measure is equivalent to -15 degrees?

Which radian measure is equivalent to 75 degrees?

How many radians is 90 degrees?