Radius Of A Circle And Chord 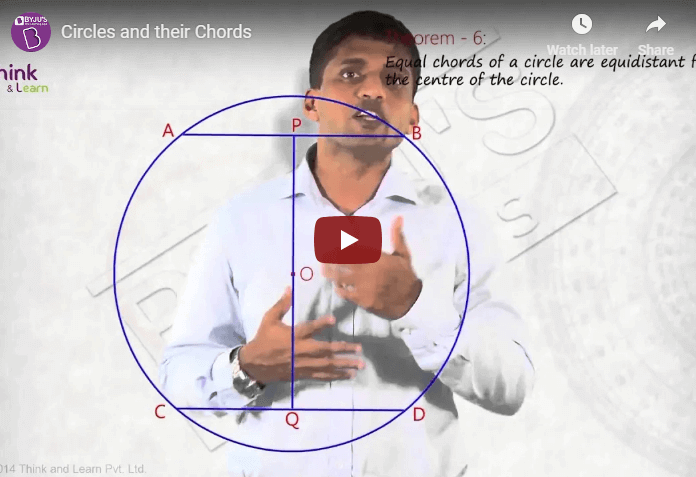 Radius of a circle:

Given a line and a Circle, it could either be touching the circle or non-touching.

Consider any line AB and a circle. Then according to the relative positions of the line and the circle, three possibilities can arise as shown in the given figure.

Therefore chord of a circle can be defined as a line segment joining any two distinct points on circle’s circumference. A chord passing through the center of circle is known as diameter of the circle and it is the largest chord of the circle. This diameter is twice that of the radius of a circle i.e. D=2r, where ‘D’ is the diameter and ‘r’ is the radius.

Let us discuss few important theorems and their proofs related to chord of circle.

Theorem 1: The perpendicular line drawn from the center of a circle to a chord bisects the chord. 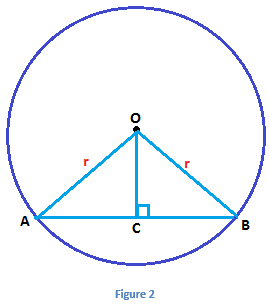 The converse of the above theorem is also true.

Theorem 2: The line drawn through the centre of the circle to bisect a chord is perpendicular to the chord. 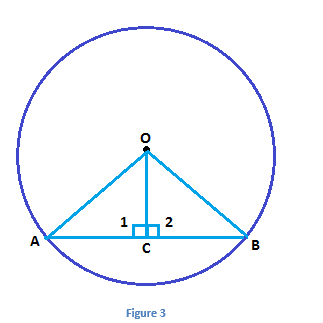 Given: C is the midpoint of the chord AB of the circle with centre of circle at O

To know more about circle, radius of a circle and centre of circle download Byju’s-The Learning App.