Relation Between Radian And Real Numbers

What is the Relationship between Radian and Real Numbers?

To establish the relationship between radian and real numbers, one should follow the below construction steps.

Step 2: Locate a point, say P on the circle.

Step 3: Now, take the line segment OP as the initial side of an angle.

Step 4: From the initial side OP, the length of an arc of the circle will give the radian measure of the angle, which the arc will subtend at the centre of the circle.

Step 5: Draw the line APB, which is tangent to the circle with the point of contact P. 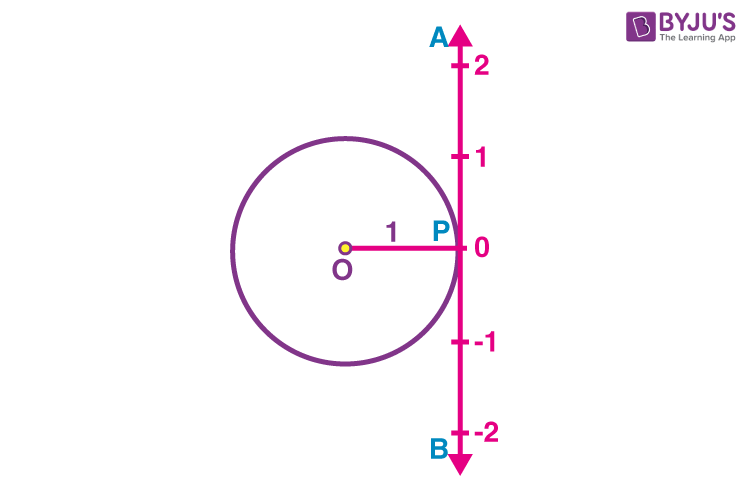 In this way, radian measures and real numbers can be considered as the same. Hence, the numbers representing the radians are the real numbers only.

To understand the above relation clearly, go through the given measurements of angles in radians and the corresponding values in degree measure.

In the above table, all the measures of angles in radians and degrees are real numbers.

Let us incorporate the above measures with trigonometric functions.

Suppose the sin angle for a certain measure is different for degree measurement and radian measurement.

For some values of degrees and radians, the value of the given trigonometric function will be the same.