Scale Factor is used to scale shapes in different dimensions. In geometry, we learn about different geometrical shapes which both in two-dimension and three-dimension. The scale factor is a measure for similar figures, who look the same but have different scales or measures. Suppose, two circle looks similar but they could have varying radii.

The scale factor states the scale by which a figure is bigger or smaller than the original figure.  It is possible to draw the enlarged shape or reduced shape of any original shape with the help of scale factor.

What is the Scale factor

The size by which the shape is enlarged or reduced is called as its scale factor. It is used when we need to increase the size of a 2D shape, such as circle, triangle, square, rectangle, etc.

If y = Kx is an equation, then K is the scale factor for x. We can represent this expression in terms of proportionality also:

Hence, we can consider K as a constant of proportionality here.

The scale factor can also be better understood by Basic Proportionality Theorem.

The formula for scale factor is given by:

Take an example of two squares having length-sides 6 unit and 3 unit respectively. Now, to find the scale factor follow the steps below.

Hence, the scale factor from the larger Square to the smaller square is 1:2.

The scale factor can be used with various different shapes too.

For example, there’s a rectangle with measurements 6 cm and 3 cm. 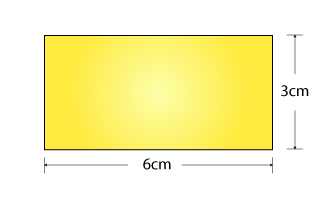 Originally, the rectangle’s length was 6 cm and Breadth was 3 cm.

After increasing its scale factor by 2, the length is 12 cm and Breadth is 6 cm.

Originally, the rectangle’s length was 6 cm and Breadth was 3 cm.

After increasing its scale factor by 3, the length is 18 cm and Breadth is 9 cm.

How to find the scale factor of Enlargement

Problem 1: Increase the scale factor of the given Rectangle by 4. 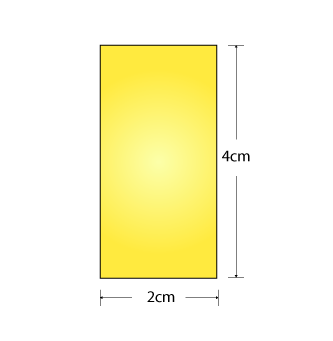 Hint: Multiply the given measurements by 4.

Width or breadth of given rectangle = 2cm

Now as per the given question, we need to increase the size of the given triangle by scale factor of 4.

Thus, we need to multiply the dimensions of given rectangle by 4.

Therefore, the dimensions of new rectangle or enlarged rectangle is given by:

The example below will help you to understand the concept of scale factor of 2.

Problem 2: Look at square Q. What scale factor has square P increased by? 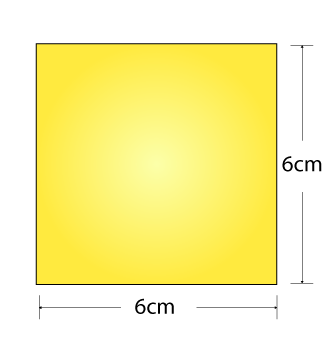 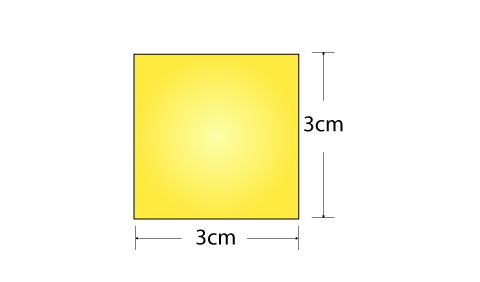 Hint: Work Backwards, and divide the measurements of the new triangle by the original one to get the scale factor.

Solution: Divide the length of one side of the larger square by the scale factor.

We will get the length of the corresponding side of the smaller square.

The triangles which are similar have same shape and measure of three angles are also same. The only thing which varies is their sides.  However, the ratio of the sides of one triangle is equivalent to the ratio of sides of another triangle, which is called here the scale factor.

Similarly, if we have to draw a smaller triangle similar to bigger one, we need to divide the side-lengths of the original triangle by scale factor.

It is important to study real-life applications to understand the concept more clearly:

Because of various numbers getting multiplied or divided by a particular number to increase or decrease the given figure, scale factor can be compared to Ratios and Proportions.