Basic Proportionality theorem was introduced by a famous Greek Mathematician, Thales, hence it is also called Thales Theorem. According to him, for any two equiangular triangles, the ratio of any two corresponding sides is always the same. Based on this concept, he gave theorem of basic proportionality. This concept has been introduced in similar triangles.  If two triangles are similar to each other then,

Thus two triangles ΔABC and ΔPQR are similar if,

Let us now state the Basic Proportionality Theorem which is as follows:

Consider a triangleΔABC as shown in the given figure. In this triangle, we draw a line PQ parallel to the side BC of ΔABC and intersecting the sides AB and AD in P and Q respectively. 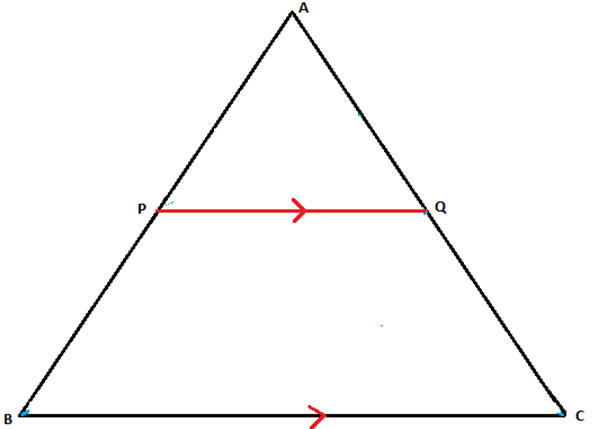 According to the basic proportionality theorem as stated above, we need to prove:

Join the vertex B of ΔABC to Q and the vertex C to P to form the lines BQ and CP and then drop a perpendicular QN to the side AB and also draw PM⊥AC as shown in the given figure. 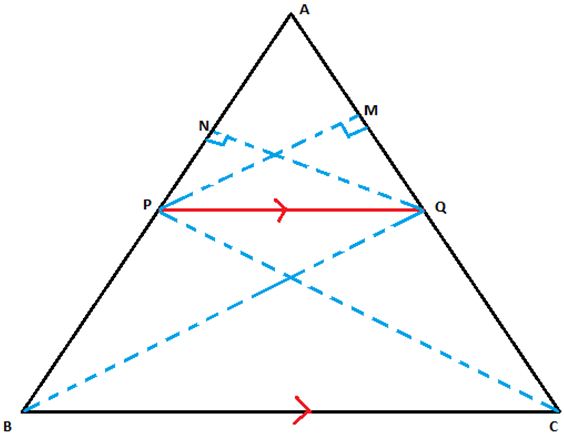 Now, if we find the ratio of the area of triangles ∆APQand ∆PBQ, we have

According to the property of triangles, the triangles drawn between the same parallel lines and on the same base have equal areas.

Therefore we can say that ∆PBQ and QCP have the same area.

Also, ∆ABC and ∆APQ fulfil the conditions for similar triangles as stated above. Thus, we can say that ∆ABC ~∆APQ.

The MidPoint theorem is a special case of the basic proportionality theorem.

According to mid-point theorem, a line drawn joining the midpoints of the two sides of a triangle is parallel to the third side. 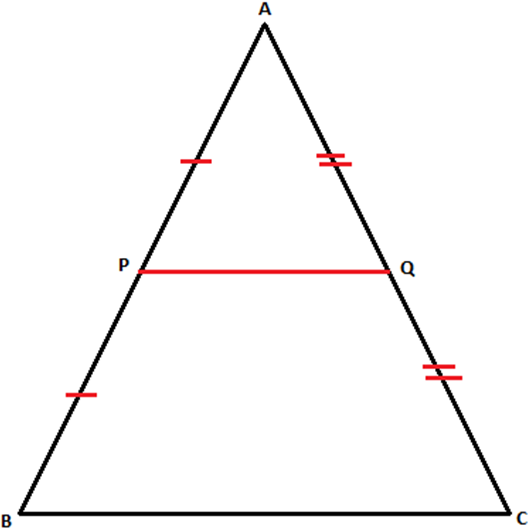 We arrive at the following conclusions from the above theorem:

If P and Q are the mid-points of AB and AC, then PQ || BC. We can state this mathematically as follows:

Also, the converse of mid-point theorem is also true which states that the line drawn through the mid-point of a side of a triangle which is parallel to another side, bisects the third side of the triangle.

According to this theorem, if a line divides any two sides of a triangle in the same ratio, then the line is parallel to the third side. 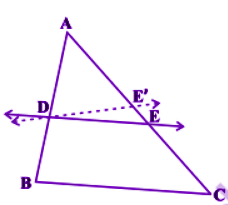 Suppose a line DE, intersects the two sides of a triangle AB and AC at D and E, such that;

Adding 1 on both the sides;

This is possible only when E and E’ coincides. 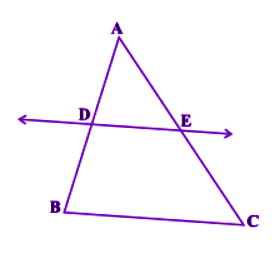 or we can interchange the ratios as;

If we interchange the ratios again, we get;

Solve more such questions by visiting us. 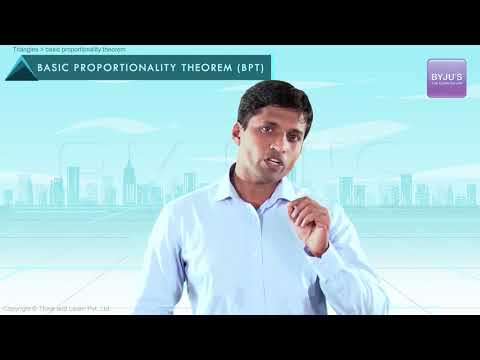 Learning is an unending journey. Paint the canvas of your imagination with the colours of knowledge. Join BYJU’s to keep learning more and more. Visit our website BYJU’S or download BYJU’s-The Learning App.