The three most familiar trigonometric ratios are sine function, cosine function, and tangent function and the inverse function are cosecant function(cos), secant function(sec) and cotangent function(cot) respectively. For the angles less than a right angle where the trigonometric functions are defined as the ratio of two sides and an angle of a right triangle in which the values can be found the values obtained from the unit circle and sometimes the values can be obtained geometrically using triangle properties. Generally, the degrees are represented in the form of 0°, 30°, 45°, 60°, 90°, 180°, 270° and 360°.

The value of secant 60 degrees is equal to 2.

To define the secant function of an acute angle, consider a right triangle ABC provided with the angle of interest and the sides of a triangle. The sides of the triangle are defined as follows:

Sec θ = Hypotenuse Side / Adjacent Side

Since cosine function is defined as 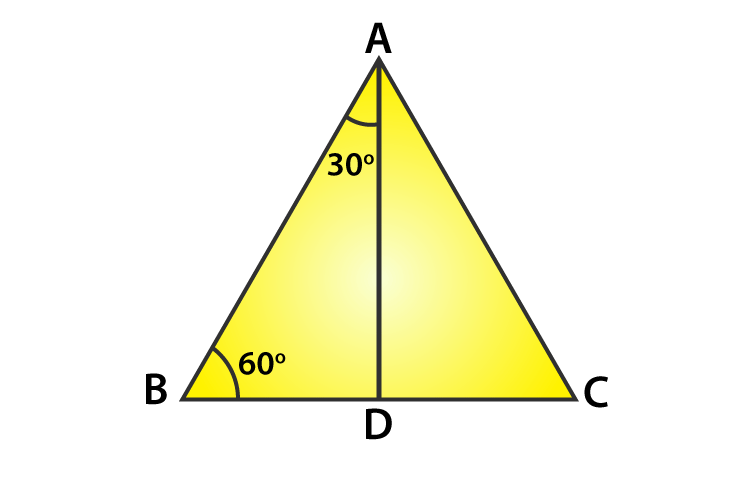 From the figure, draw the perpendicular line AD from A to the side BC

To find the trigonometric ratios, we need to know the lengths of the sides of the triangle.

To find the value of cos 60°, it becomes

We know that secant function is the inverse function of the cosine function, it becomes

We know that sec is the reciprocal of cos.

By rationalizing the denominator.

To get more information on sec 60 degrees and other trigonometric functions, visit BYJU’S and also watch the interactive videos to clarify the doubts.

What is the value of sec 60 degrees?

Is the value of sec 60 degrees a rational number?

What is the reciprocal of secant?

What is the exact value of cos 60 degrees?