Sine function is one of the three primary functions in trigonometry, the others being cosine, and tan functions. The sine x or sine theta can be defined as the ratio of the opposite side of a right triangle to its hypotenuse. Here, a detailed lesson on this trigonometric function i.e. the sine function is given which will include the following topics:

In trigonometry, the sine function can be defined as the ratio of the length of the opposite side to that of the hypotenuse in a right-angled triangle. The sine function is used to find the unknown angle or sides of a right triangle.

For any right triangle, say ABC, with an angle α, the sine function will be:

In a right-angled triangle, the sine of an angle is equal to the ratio of side opposite to the angle (also called perpendicular) and hypotenuse.

Suppose, ‘α’ is the angle, in a right triangle ABC. 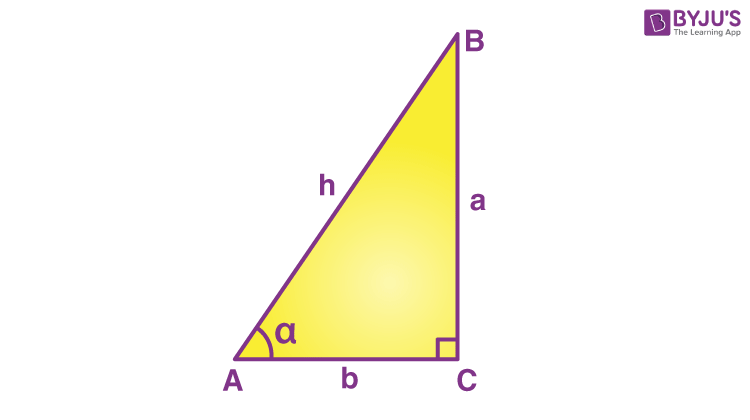 Then, the sine formula is given by:

Sin α= Opposite side/ Hypotenuse

As per the given figure, the sine formula becomes,

where ‘a’ is the opposite side to angle ‘α’ and ‘h’ is the hypotenuse.

Properties of Sine function as per Quadrants 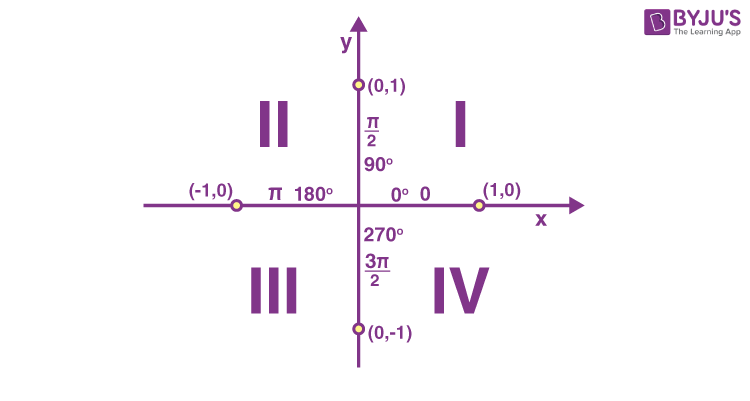 The sine graph looks like the image given below. The sine graph or sinusoidal graph is an up-down graph and repeats every 360 degrees i.e. at 2π. In the below-given diagram, it can be seen that from 0, the sine graph rises till +1 and then falls back till -1 from where it rises again.

The function y = sin x is an odd function, because;

From the above, we can observe that if x increases (or decreases) by an integral multiple of 2π, the sine function values do not change. Thus,

Sometimes, we can also write this as:

Thus, we can say that the value of sin x repeats after an interval of 2π. Therefore, the period of sin x is 2π.

While sketching a graph of the given sine function, convert the given function to the general form to find the different parameters such as amplitude, phase shift, vertical shift and period.

For example, the Sine function whose period is 6 is sin(πx/3).

This can be derived as:

Similarly, we can calculate the sine function with period 3.

Learn more about the period of a function here.

The sine inverse function is used to measure the angle of a right-angled triangle from the given ratios. The inverse of sine is denoted as arcsine, asin or sin-1.

Suppose a right triangle is taken with side 1, 2, and √3. Now, to calculate angle a, the sine function can be used as-

The angle A can now be calculated using the arcsine function.

Some of the common sine identities are:

There are various other sine identities. The values of other trigonometric functions in terms of sine are also given below which are extremely useful for solving various types of questions.

For sine function f(x) = sin(x), the derivative and the integral will be given as:

Law of Sine Functions in Trigonometry

According to law of sines in trigonometry, a relation is established between the sides a, b, and c and angles opposite to those sides A, B and C for an arbitary triangle. The relation is as follows.

In the above diagram, A, B, C are the angles while a, b, c are the lengths of the sides. Now, according to sine law,

(Here, d is the diameter of the triangle’s circumcircle).

What is a sine function in trigonometry?

In trigonometry, a sine function of an angle is the ratio of the opposite side (perpendicular) and hypotenuse of a right triangle.

Is sine function even or odd?

The sine function is an odd function whereas cosine is an even function.

What is the sine function formula?

According to sine function, sine formula is given by:
Sin A = Perpendicular/Hypotenuse
where perpendicular is the opposite side of angle A.

What is the value of sin 0?

Sine of zero degrees angle is equal to 0.

Trigonometry Related Articles for Class 11 and 12

Stay tuned with BYJU’S and get more trigonometry and maths-related articles in a simple and detailed way. Also, register at BYJU’S to get access to 1000+ hours of engaging video lessons for different subjects and classes.