In mathematics, we may come across different types of numbers, patterns. One of the number patterns includes sequences. The sequence is a specified collection of objects in which repetitions are allowed and order matters. Formally, a sequence is a function from natural numbers to the elements at each position. Similar to a set, it contains members, and they are called elements or terms. The number of elements is called the length of the sequence. Unlike a set, the same elements can appear multiple times at different positions in a sequence, and the order does matter.

The concept of a sequence can be generalized to an indexed order, determined as a function from an index set that may not be numbered to a different set of elements. Let’s have a look at the definition of sequences, notation and examples here.

A sequence is a list of numbers in a specified order. The different numbers occurring in a sequence are called the terms of the sequence.

The subscripts indicate the position of the term. That means,

All the terms of a sequence possess a certain rule upon which the successive terms are defined. In the above examples, the sequence 3, 9, 27, 81,…,59049 indicates the rule as the powers of 3. Here, each succeeding number will be obtained by multiplying the previous term with 3. Similarly, the set of even numbers also contains a rule that each successive term is obtained by adding 2 to the previous term. Based on these rules, we can define the general term of the sequences. This can be done as given below:

Also, this is a geometric sequence with common ratio r = 3.

Thus, it is an arithmetic sequence with common difference d = 2.

Click here to know more about arithmetic and geometric sequences.

There are several patterns of numbers which can be considered as the examples of sequences with finite or infinite terms. They are given below along with the general terms and terms of the sequence:

Example 1: Set of Odd numbers greater than 1 forms a sequence with general term 2n + 1. The terms of this sequence are:

Example 2: The list of perfect squares or square numbers is an example of sequence with the general term n2.

Example 3: Another example of sequences is the list of cube numbers or perfect cubes with the general term n3. The terms of this sequence are: 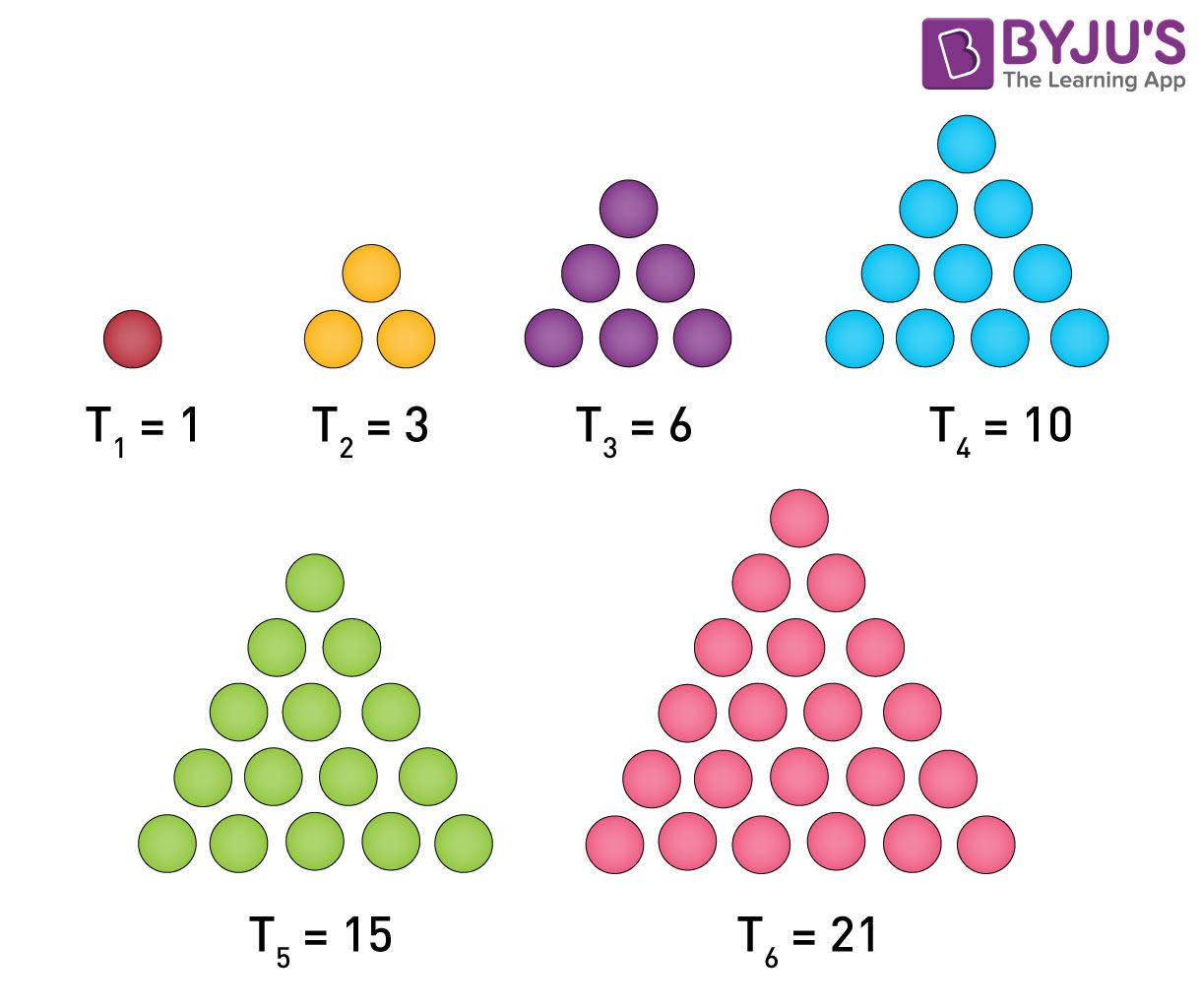 In some number patterns, an arrangement of numbers such as 1, 1, 2, 3, 5, 8,… has invisible pattern, but the sequence is generated by the recurrence relation, such as:

As we know, the above sequence is called the Fibonacci sequence.