NCERT Solutions are contemplated as an exceptionally helpful book while preparing for the CBSE Class 12 Economics Board examinations. This study resource possesses an intense knowledge and the Solutions collated by the subject matter experts are no different. This chapter is a brief introduction to Macroeconomics. 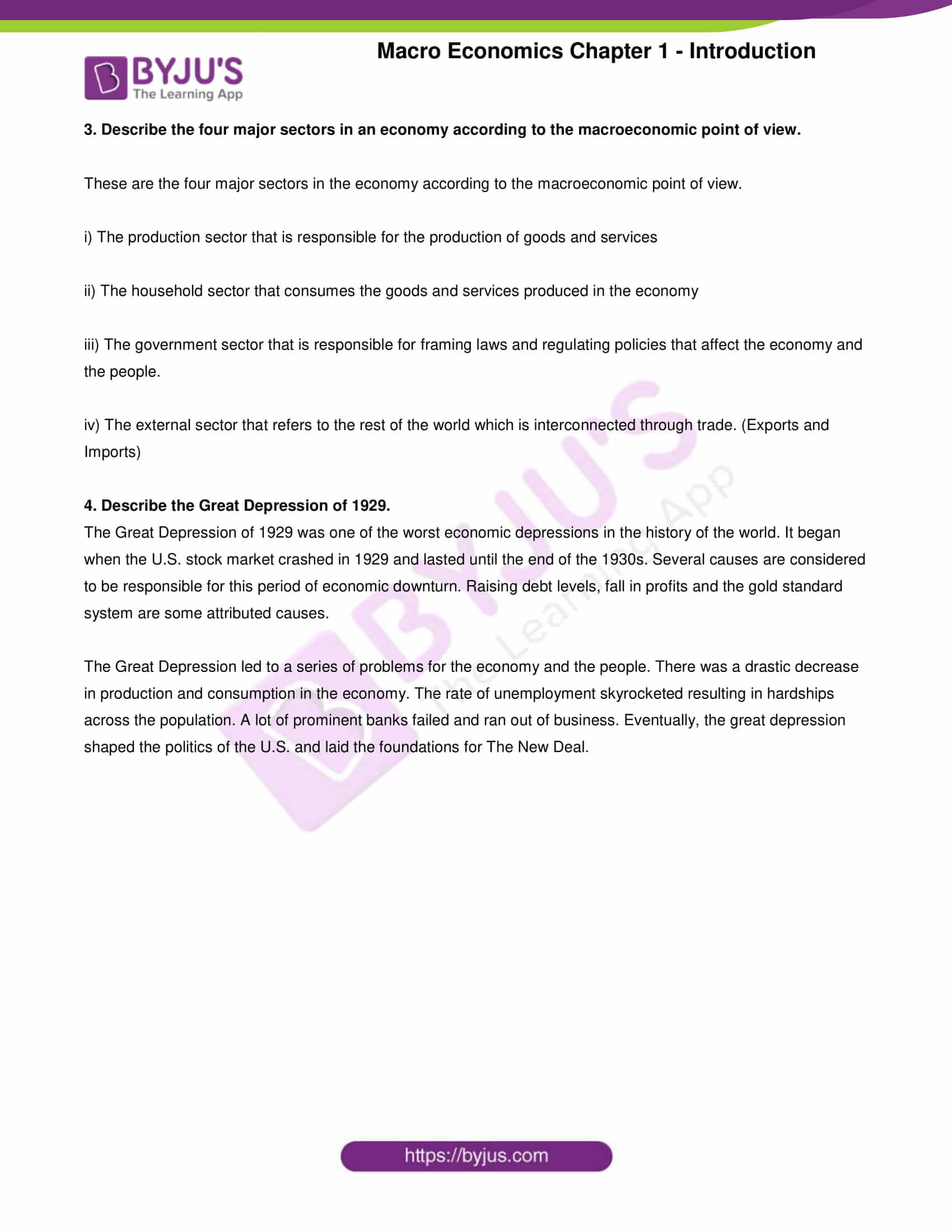 2. What are the important features of a capitalist economy?

These are the important features of a capitalist economy

3. Describe the four major sectors in an economy according to the macroeconomic point of view.

These are the four major sectors in the economy according to the macroeconomic point of view.

iii) The government sector that is responsible for framing laws and regulating policies that affect the economy and the people.

iv) The external sector that refers to the rest of the world which is interconnected through trade. (Exports and Imports)

The Great Depression of 1929 was one of the worst economic depressions in the history of the world. It began when the U.S. stock market crashed in 1929 and lasted until the end of the 1930s. Several causes are considered to be responsible for this period of economic downturn. Raising debt levels, fall in profits and the gold standard system are some attributed causes.

The Great Depression led to a series of problems for the economy and the people. There was a drastic decrease in production and consumption in the economy. The rate of unemployment skyrocketed resulting in hardships across the population. A lot of prominent banks failed and ran out of business. Eventually, the great depression shaped the politics of the U.S. and laid the foundations for The New Deal.

Chief concepts of this introductory chapter –