Kinematics is a branch of classical mechanics that deals with objects that are in motion and also other related concepts such as displacement, velocity, momentum, and acceleration. This description of the motion of an object is explained using diagrams, graphs, and equations.

Examples of kinematics are as follows:

1. Consider two cars M and N. These cars start from the same point and travel in a straight line such that their positions are xM(t) = at + bt2 and xN(t) = ft – t2. Determine the time at which both the cars are having the same velocity

2. Below is the distance-time curve traced by the particle. What is the maximum instantaneous velocity of the particle around the point 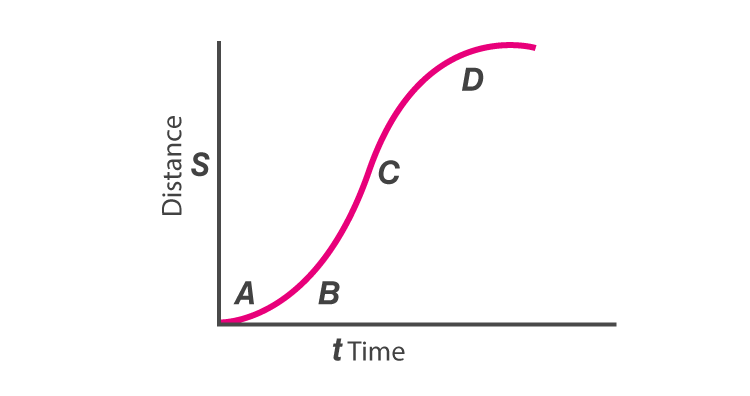 3. Below is the graph of a body whose initial velocity is v0. The body travels through a straight line with acceleration as shown in the graph. Determine the maximum velocity of the body. 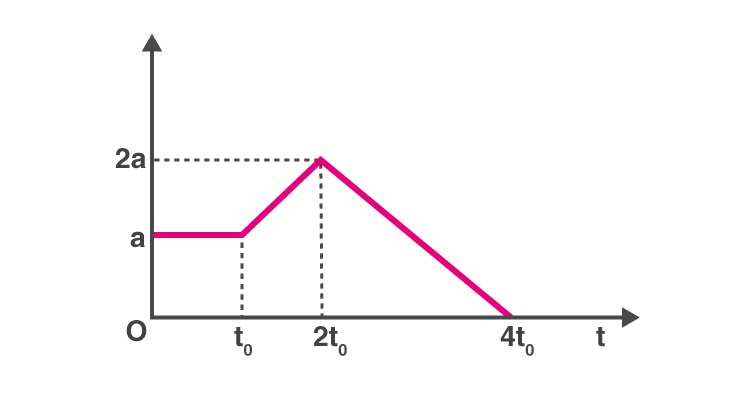 4. What will be the shape of the \(x\rightarrow y\) graph, if the relation between time and displacement of the moving body is t = 2αx2 where α is constant.

5. Which of the following statement is true if a body moves in a semicircular track whose radius is R

(a) 2R is the displacement of the body

(b) πR is the distance travelled by the body

6. What does the area under acceleration-time graph represent for any given time interval

(c) Change in the velocity in that time interval

(d) Displacement of the particle

Answer: (c) Change in the velocity in that time interval

7. When can we say that the resultant of the two vectors is maximum

(a) When the vectors are acting in the opposite direction

(b) Both the vectors are acting in the same direction

(c) When the vectors are at right angles

(d) When the vectors are parallel to each other

Answer: (b) Both the vectors are acting in the same direction

9. A particle with radius R is moving in a circular path with constant speed. The time period of the particle is T. Calculate the time for the following after \(t=\frac{T}{6}\). What is the average velocity of the particle