Kepler’s law explains the motions of planets in the solar system.

Kepler’s First Law: All the planets move around the sun in elliptical orbits with the sun at the focus. 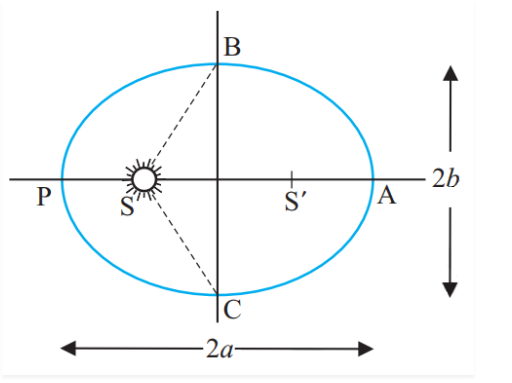 Kepler’s Second Law: The line joining the planet to the sun sweeps out equal areas in an equal interval of time. 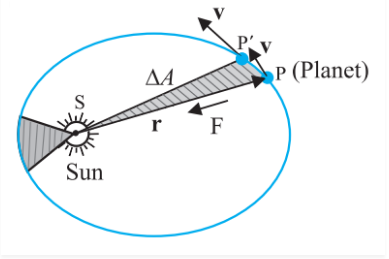 ΔA is the area swept

Δt is the time interval

Kepler’s Third Law: This law states that the square of the time period (P) is directly proportional to the cube of the semi-major axis of its orbit.

Q1: When a planet orbits the Sun, one of the foci of the elliptical orbit is

Q2: What has an eccentricity of zero?

Q3: An Astronomical Unit, or AU, is the average distance between

Answer: (b) The Sun and Earth

Answer: (b) The Law of Areas

Answer: (b) The speed/area the planet travels

Answer: (c) The Law of periods

Q7: The formula for Kepler’s third law is

Q8: Kepler’s first law states that the orbits of the planets are oval in shape or

Q9: The Kepler’s first law is known as

Answer: (a) The law of orbits