An atmosphere is a blanket of gases that surrounds the Earth. The atmosphere of the Earth is divided into four layers: troposphere, Stratosphere, Mesosphere, and Thermosphere. These layers are separated based on the temperature.

Read more: Layers of the atmosphere

Air is colourless, odourless, occupies space, exerts pressure, and can expand. The atmosphere’s density gradually decreases outward due to gravitational attraction. Heating of the earth’s surface occurs due to radiation, conduction, and convection.

Read more: Composition of the air.

Explanation: Troposphere is the lowest layer of the atmosphere.

3. State true or false: Atmosphere is not responsible for life on the Earth.

Explanation: Atmosphere is one of the critical reasons for life on the Earth.

Explanation: Mesosphere has a temperature in the range of -2 to -92, and it is the layer in which the meteors burn.

5. Choose YES or No: Traces of noble gases are present in the atmosphere.

Explanation: The atmosphere consists of gases like carbon dioxide, oxygen, nitrogen, argon, along with the traces of nitrous oxide, ozone, helium, hydrogen, neon, and other noble gases.

Explanation: Since less turbulence is seen than other layers of the atmosphere, jet planes fly in this region (lower stratosphere).

7. Significant quantity of sulfur is released into the atmosphere through _____

8. Choose YES or NO: Air does not occupy space.

9. Air pressure is measured using which of the following device?

Explanation: A barometer is an instrument mainly used to calculate atmospheric pressure.

10. Is the atmosphere seen on the planet mars?

Watch the video below to understand the composition of air and its properties in detail. 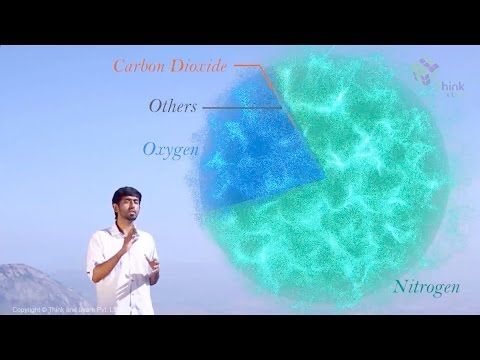