To determine the resistance per cm of a given wire by plotting a graph for potential difference versus current. 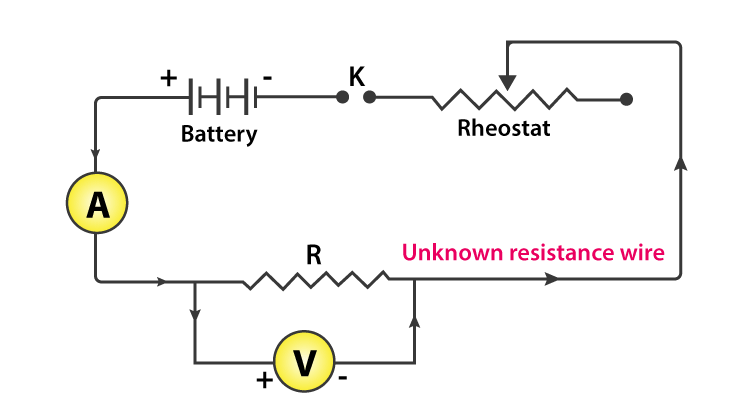 According to Ohm’s law, the electric current flowing through a conductor is directly proportional to the potential difference across its ends, provided the physical state (pressure, temperature, and dimensions) of the conductor remains unchanged.

If I is the current flowing through the conductor and V is the potential difference across its end, then

Where \(\rho\) is the specific resistance or resistivity and is a characteristic of the material of the wire. 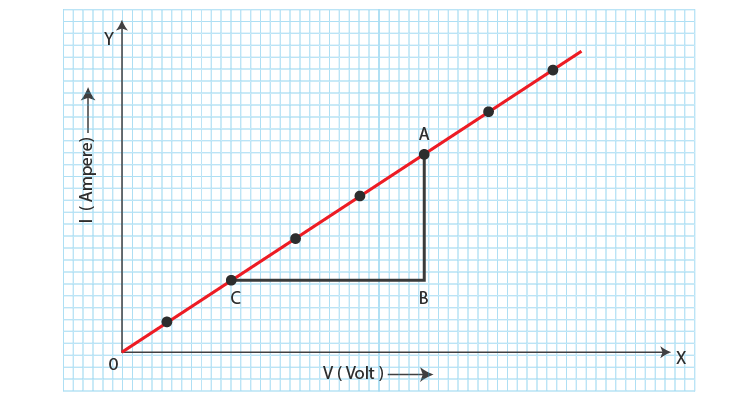 2. Determine the slope of the graph. The resistance of the given wire is then equal to the

Reciprocal of the slope.

Here, R is the resistance per unit length and ΔR is the estimated error. ΔV

And ΔI are the least count of voltmeter and ammeter respectively.

The potential difference across the wire varies linearly with the current.

Ohm’s law states that the potential difference across an ideal conductor is proportional to the current through it. The constant of proportional is known as the resistance R. Ohm’s law is given by V = IR.

2. Which are the factors on which the resistance of a conductor depends on?

The resistance of a conductor depends on the following factors:

A rheostat is a variable resistance that is used to control the current.

4. What is the shape of a V vs I graph for a linear resistor?

The shape of the V vs I graph for a linear resistor is a straight line.

5. What is the reciprocal of resistivity called?

The reciprocal of resistivity is called conductivity.

Test your knowledge on Determination of resistance
Q5