What is Electronic Bulb

Have you ever imagined how homes were illuminated? How would people live without electricity? How were electric lamps invented? In 1878, Thomas Alva Edison began research into developing a practical incandescent lamp, and in 1879, the Electronic bulb was invented. Edison applied for a patent for “Improvement in Electric Lights” on 14 October 1878.

What is Electronic Bulb?

The electronic bulb is the simplest electrical lamp that was invented for illumination more than a century ago. It was the small and simplest light that brightened the dark space. The electronic bulb is also known as an incandescent lamp, incandescent light globe or incandescent light bulb. Bulb comes in different sizes and light output and operates with a voltage range from 1.5 Volts to about 300 Volts. Now let us study the parts and structure of the bulb in detail.

Structure Of The Electronic Bulb

An electronic bulb is a small and simple light source that uses a wire filament to glow on the application of electricity. The structure of incandescent light bulbs is shown in the figure below. 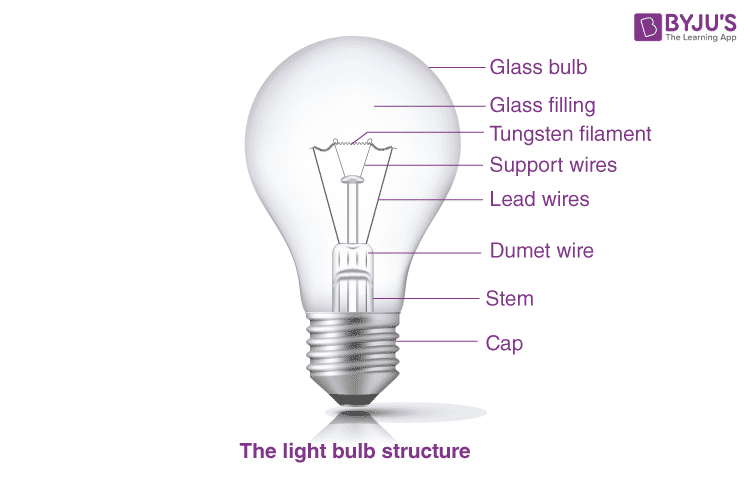 The filament, which is a coiled thin wire, is made of tungsten. Tungsten is chosen as filament since it has a high melting point, which avoids the melting of the filament at high temperatures.

When electric power is passed through the bulb, it reaches the filament through copper and lead wires. The base holds the bulb upright and connects to the electric circuit.

Copper and lead wires let the electricity pass from the base to the tungsten filament. It causes the filament to emit light and glow.

There are two types of bulb bases:

The picture of the spiral base bulb is shown below: 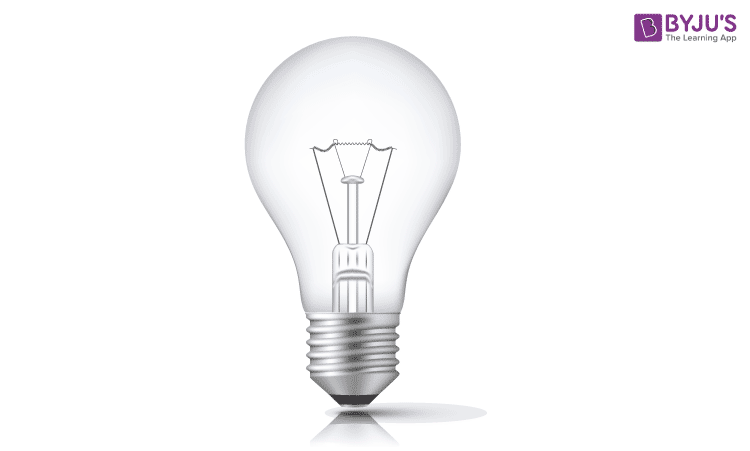 The spiral base bulb features a piece of lead that directly connects the lamp to the electric circuit.

The picture of two side nails base bulb is as shown below: 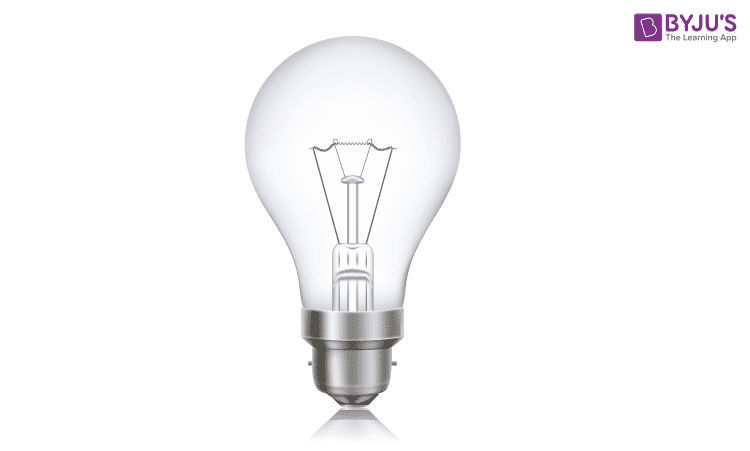 It has nails in the base and contains two pieces of lead that connect the lamp to the electric circuit. 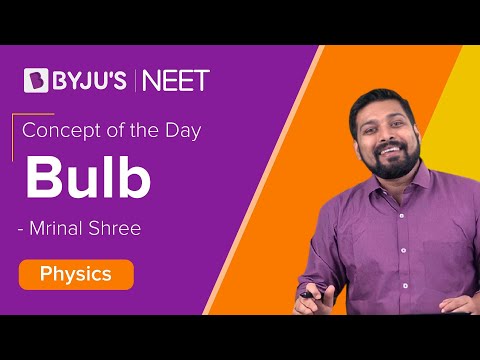 Advantages and Disadvantages of Electronic Bulb

Here are some of the safety measures to be followed while handling bulb:

1. Who discovered the electronic bulb?

2. What is the operating voltage of the bulb?

3. What are the two types of electronic bulbs?

Spiral base bulb and two side nails base bulb.

4. Name the parts of the bulb

5. Why is argon gas used in the manufacturing of the bulb?