We are aware of the heating impact of electric current. The heat is produced due to the collision electrons in the wire. You might have wondered about the amount of heat generated during the flow of current through a wire and the parameters and conditions it is based upon. To answer all these questions, Joule gave a formula that describes this phenomenon precisely and called it Joule’s Law.

Joule’s law is a mathematical description of the rate at which resistance in a circuit converts electric energy into heat energy. 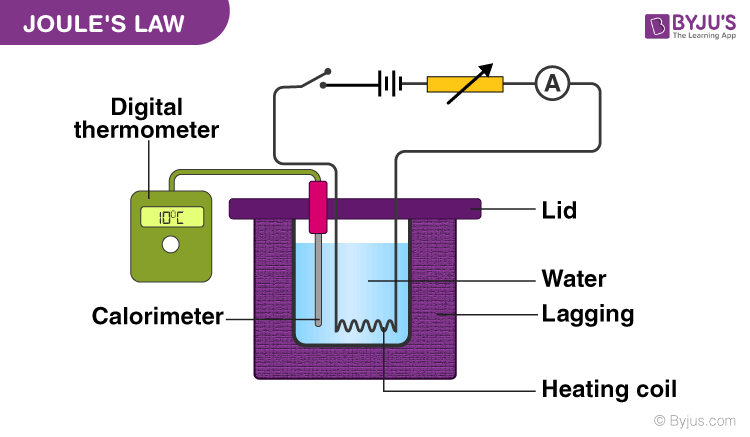 The English physicist James Prescott discovered that the amount of heat per second that develops in a current-carrying conductor is proportional to the electrical resistance of the wire and the square of the current.

The heat that is generated because of the current flow in an electric wire is described in Joules. The mathematical expression of Joule’s law is as explained below.

The joule’s first law shows the relationship between heat produced by flowing electric current through a conductor.

To know more about Joule’s law of thermodynamics and solved examples, you can visit us BYJU’S.