A periscope is defined as an instrument used for observing over, around or through an obstacle or object which is prevented by direct line of sight. It consists of an outer case with mirrors at each end at 45° angle. These mirrors are placed parallel to the surface. Jules Carpentier, a French engineer and inventor designed the submarine periscope. It was widely used during World War II in tanks and armoured vehicles. 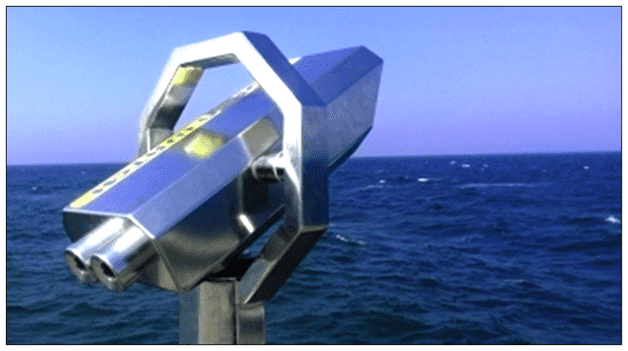 How To Use Periscope?

A periscope works on the basis of laws of reflection of light. Any object in the line of sight reflects the light making it visible in the periscope.

The mirrors are placed at an angle of 45° such that when light falls on one of the mirrors, it gets reflected back making it fall on the other mirror which further gets reflected back to the observer’s eyes. But in more complex periscopes, prisms are used in place of mirrors. The instrument does not produce any magnification and crossline images.

The main objective of this experiment is to learn how to prepare a periscope and can be used in the peak or pool and around the corner.

Then there is your Periscope.

Other than viewing objects that are not in the direct line of sight, the following are various other uses of periscope:

Test your Knowledge on Periscope
Q5