If we recall circular motion. Here distance covered will be along the curved path. (circumference of a circle). The velocity involved is angular velocity and not linear velocity. Similarly, the acceleration involved is centripetal acceleration. Some important terms involved are-

In a circular motion, the acceleration experienced by the body towards the centre is called the centripetal acceleration. This can be resolved into two-component. A radial component and a tangential component depending upon the type of motion.

In a uniform circular motion, “the acceleration of the object is along the radius, directed towards the centre” is called radial acceleration. 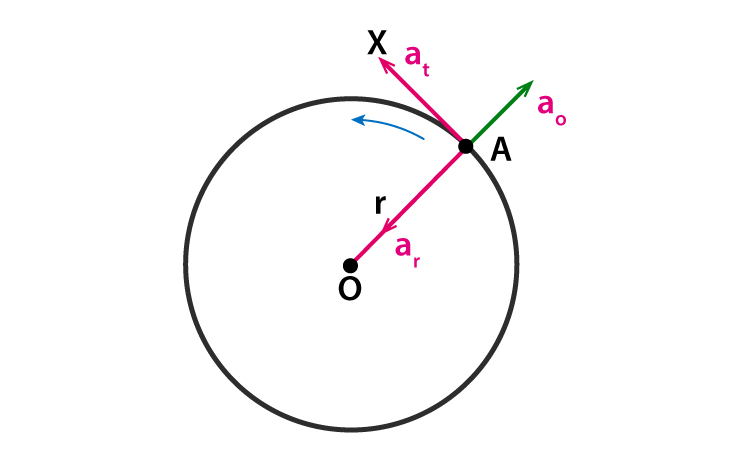 An object A is tied to a string and made to rotate about a fixed point O (centre) (see figure(1)). The object when rotated fast the string (OA) looks almost like the radius of the circle. Which implies that a force is exerted on the object from the centre, thereby an acceleration a0 along the radial direction. (along the radius of the circle towards the centre). To counter this force, tension is developed along the string in the opposite direction. This force due to tension is called centripetal force, thus the acceleration generated on the object is called centripetal acceleration or radial acceleration ar. 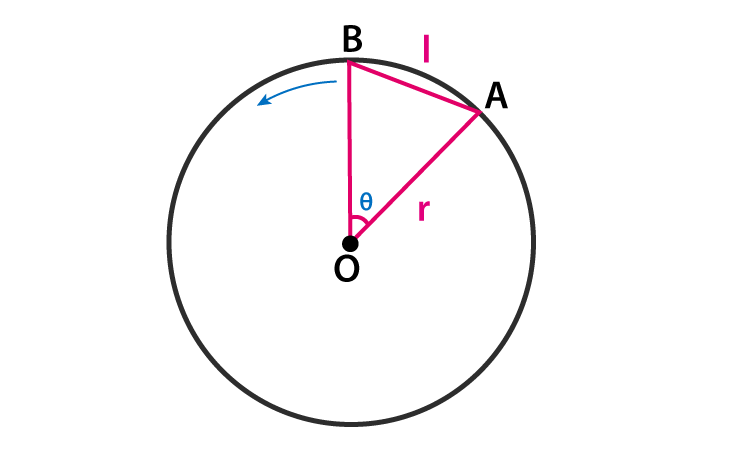 figure(2) Two positions of object A and B. They are infinitesimally close.

figure(3) The equivalent diagram of the centripetal velocity vector A and B.

Implementing the property of similar triangles we get-

Thus, \(\frac{dv}{dt}\) gives radial acceleration of an object under uniform circular motion. We arrive at the final expression-

The tangential component is defined as the component of angular acceleration tangential to the circular path. The unit of measurement is m.s-2. The mathematical representation is given as:
\(a_{t}=\frac{v_{2}-v_{1}}{t}\) Where,