A galvanometer is an ideal device that is capable of detecting even the weakest electric currents in a electric circuit. It features a coil suspended or pivoted between concave pole faces of a strong laminated horseshoe magnet. The galvenometer shows the deflection when an electric current is passed through the coil. The deflection is directly proportional to the current passed. A voltmeter is an instrument used for estimating the electrical potential difference between 2 points in an electric circuit. 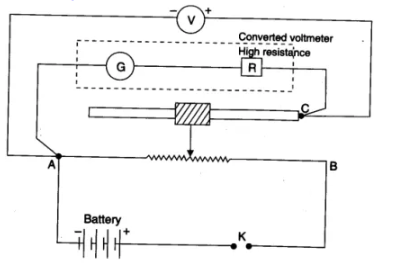 The resistance of the given galvanometer G =

The figure of merit k =

The value of the actual and measured value of the potential difference is very small and conversion is perfect.