What is terminal velocity?

Terminal velocity is defined as the highest velocity that is attained by an object as it falls through a fluid. When the sum of drag force and buoyancy are equal to the force of gravity, terminal velocity occurs.

What is terminal velocity formula? 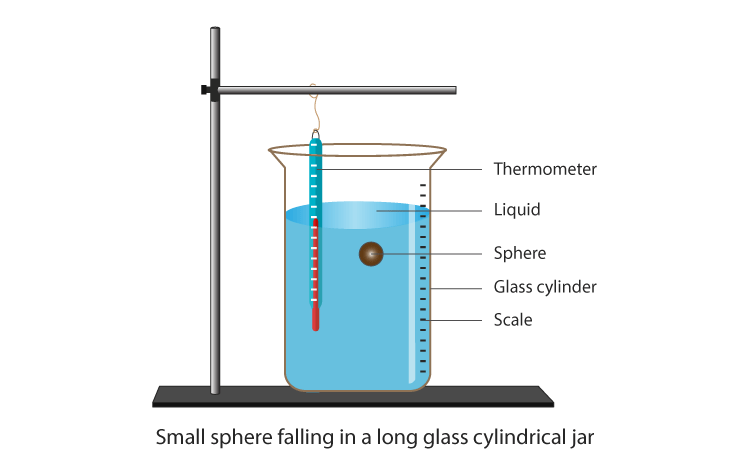 No.of divisions on the circular scale = 100

The diameter of the spherical ball

The coefficient of viscosity of the liquid at a temperature (T℃) = ……. C.G.S.units

Q1. Why the liquid must be transparent?

Ans: In order to see the motion of the ball, the liquid must be transparent.

Q2. How does the viscosity of liquid and gases change?

Q3. Why does hot water move faster than cold water?

Ans: Viscosity of hot water is smaller than that of cold water. Therefore, hot water moves faster than cold water.

Q4. What is the dimensional formula of dynamic viscosity?

Ans: Following is the dimensional formula of dynamic viscosity:

Q5. What is the CGS unit of dynamic viscosity?

Ans: Poise is the CGS unit of dynamic viscosity.

Stay tuned with BYJU’S to learn more about other Physics related experiments. Following is the link for terminal velocity derivation:

Test Your Knowledge On To Determine The Coefficient Of Viscosity Of Given Viscous Liquid By Measuring Terminal Velocity Of Given Spherical Body!
Q5