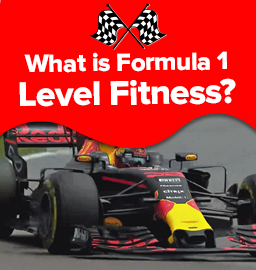 Why are Formula 1 drivers the fittest athletes in the world?

Driving a Formula 1 car is no joke. To survive speeds of over 320 km/h where split-second decisions can have deadly consequences requires a special kind of mental and physical constitution. To do it repeatedly almost every weekend for a year requires near super-human levels of fitness!

It might be evident that it takes a certain sense of adventure and a never-say-die attitude to sign up for such a dangerous sport in the first place. But the risk and thrill aside, did you know that a Formula 1 driver goes through one of the most gruelling and stressful physical workouts during a race?

When we watch on television, F1 drivers make it look easy when they zip past the cameras. They even put on a smile, jump and cheer after the race when they pop open the traditional bottle of champagne to celebrate a victory. But not many of us know what goes on inside the cockpit of a Formula 1 car during a race. For instance, if more people knew that the forces F1 drivers deal with are roughly the same as that of an air force pilot flying a jet plane, we would all look at F1 drivers in a new light. There’s a reason why the driver’s seat of an F1 car is called the cockpit!

In fact, it is a fact that Formula 1 drivers are among the fittest athletes in the world. F1 drivers experience intense amounts of heat and pressure for hours together, not to mention a myriad of other physical challenges. Over just the course of one race, a Formula 1 driver can lose 3-4 kgs of body weight! To compensate, they have to be in the fittest shape they possibly can. Let’s take a top-to-bottom look at what a Formula 1 driver experiences. But before that, we have to understand the most common challenge any F1 driver faces:

Do you know that sinking feeling in the pit of your stomach when you are on a roller coaster? That is the result of something called ‘G-Force’. Simply put, G-force is the acceleration of an object when it is in free fall. It measures the acceleration caused by the gravity of the planet, which is what causes all things to fall and stay on the ground. 1G is the amount of force that Earth’s gravitational field exerts on your body when you are standing still on the ground. At 2G, you can feel twice your body weight acting against you. Formula 1 drivers experience anything between 2.5G to 6.5G force constantly pushing against them during a race. Every time an F1 driver hits a corner at such high speeds, a massive amount of G-force acts against the driver in the opposite direction. Can you imagine what it feels like to feel six times your body weight pressing up against you? Sounds painful, doesn’t it?

Now that we’ve understood the most fundamental challenge of driving a Formula 1 car, let’s take a head-to-toe look of what a Formula 1 driver needs to counter G-force and other challenges during the race weekend.

Protecting the head and neck is of utmost importance in F1. All drivers today have a state-of-the-art Head And Neck Support (HANS) system that protects drivers from fatal head injuries. But that still means that a Formula 1 driver’s head and neck are subject to immense amounts of pressure. Remember what we discussed about G-force? At a high-speed corner, an F1 driver can feel up to 30kg of weight on the neck alone. Even though F1 helmets are really light, they can feel as though they weigh up to 7kgs due to G-force. To deal with so much weight acting on their neck and head, F1 drivers have specialised contraptions to exercise their neck muscles. Check out Finnish Formula 1 driver and former world champion Kimi Raikonnen using one such device in the photo below. 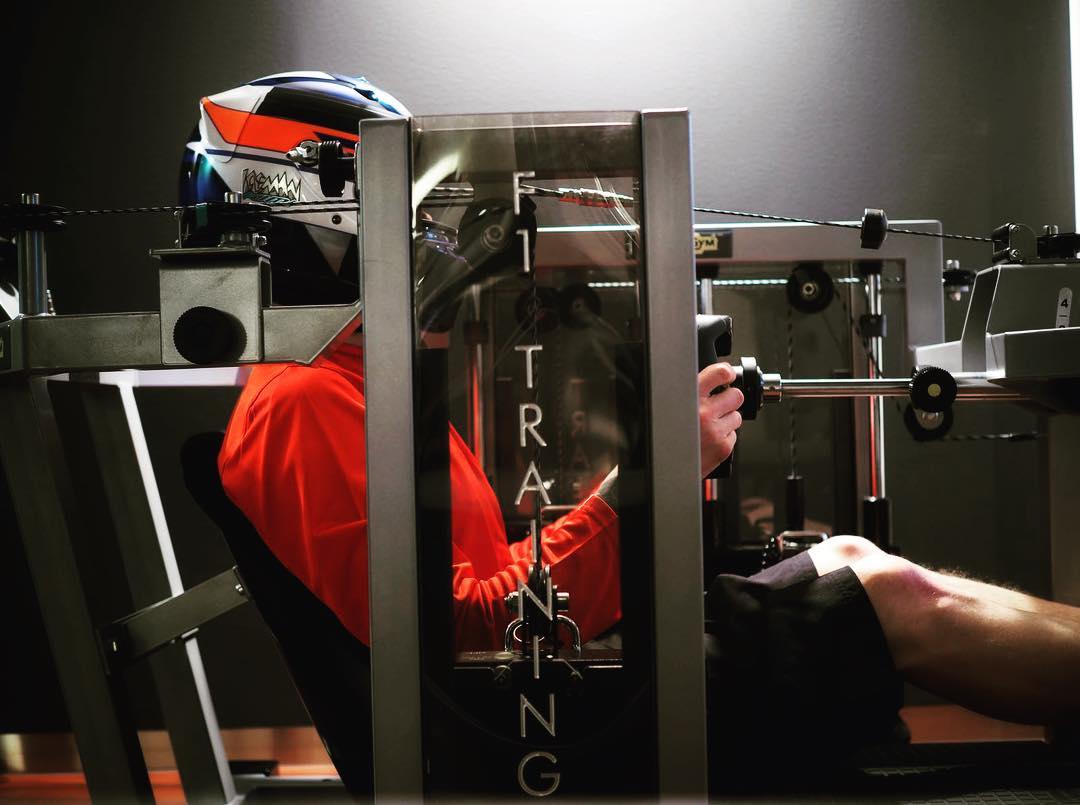 A Formula 1 driver’s heart rate at the beginning of a race is usually around 170-190 bpm (beats per minute). For most of the race, it hovers at around  160 and can peak at over 200! For contrast, the heart rate of a healthy young adult is around 60bpm. This is why F1 drivers need to have great cardiovascular health. F1 drivers train for endurance akin to Olympic long-distance runners.

Formula 1 drivers have a much larger lung capacity than us regular folk. An F1 driver has VO2 max (a measure of how much oxygen the heart, lungs and muscles can utilise during exercise) similar to professional rowers. Whereas a regular individual who is not a professional athlete might have a V02 max of around 35, Formula 1 drivers are at around the 60 mark, which is quite similar to VO2 max of a professional footballer. This comes in handy when drivers are covered head to toe in a protective suit and a helmet that allows almost no extra space.

The most important part of the body in counteracting G-force is a strong core. Good core strength is also important when shifting power from the upper body to the legs, particularly during braking. Did you know that an F1 driver has to exert over 80kg of weight on the brake pedal every single time they hit the brake? Braking is one of the aspects of the sport where a strong core is important. 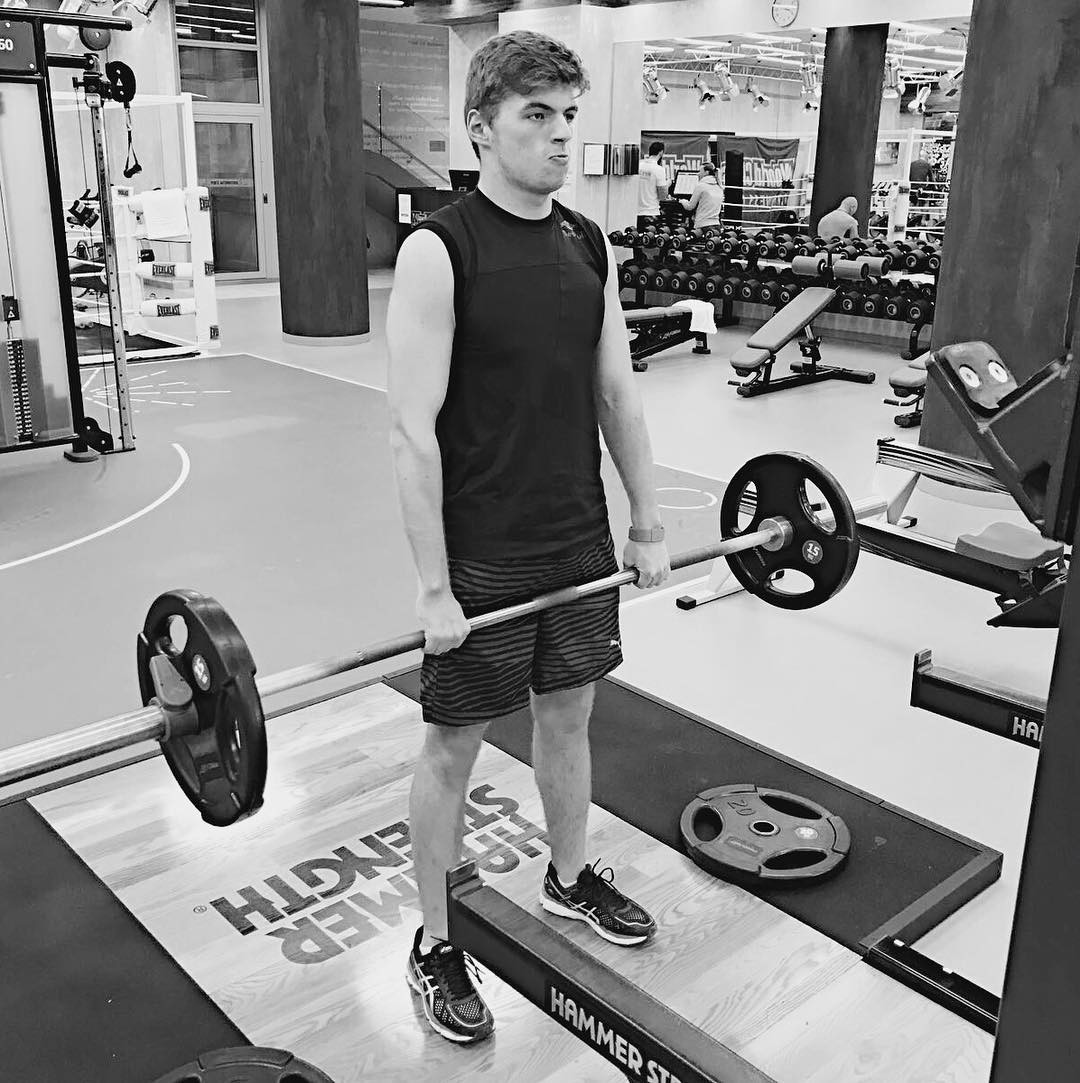 Legs
Since we rarely ever see the legs of a Formula 1 driver during a race, we are blissfully unaware of the struggles that occur within the cockpit! Because of the intense braking requirements mentioned above, the imbalances on the body of an F1 driver are quite strong. The left leg has to exert a tremendous amount of force to brake whereas the right leg just controls the throttle. The hip and the gluteal muscles are extremely important to produce the required force to get the car to brake in the nick of time. And they have to repeat that maximal braking throughout the race!

Apart from all this, it’s also extremely important for F1 drivers to maintain a steady weight. Just one extra kilo of weight in the car can add an extra three-hundredths of a second to the lap time and that is enough to make or break a Formula 1 race! As a result of all these highly demanding conditions, Formula 1 drivers are some of the fittest athletes in the world.

Did you enjoy reading this article? For more sporting fun facts, check out these articles on The Learning Tree Blog:

The Science Behind Sportswear

The Anatomy of an Athlete