What is Sampling? Types of Sampling Methods with Examples - BYJUS

In certain cases, it might be impractical to conduct a study or a survey on a massive group of participants. We can rely on the concept of sampling in such cases. Sampling is the process of collecting data from a small group from a large group. The observations made from the small group are then extrapolated to estimate the characteristics of the whole group. ...Read MoreRead Less

Statistics, or what we refer to as  ‘Stats’ in common parlance, is quite a useful branch of mathematics that can aid in analyzing and solving myriad everyday problems. It has a wide range of applications in different fields, right from medicine, and sports, to engineering, etc. Now let us know more about it.

The advantages of statistics include collecting data in the form of numerical figures, grouping and presenting the data, analyzing and interpreting the data, and arriving at novel information curated from the data. Within the branch of mathematics, statistics is a very important concept to learn. A branch of statistics also deals with analyzing certain scenarios in a macroscopic way where we work with a given population and a sample. 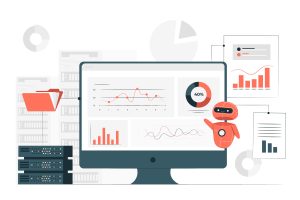 What is meant by population and sample ?

Population refers to a group of people or objects as a whole, while a sample is a subset of the whole. By examining samples of a population, you can learn more about that population. 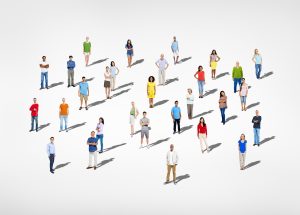 The above diagram shows population.

The diagram below shows a sample of the above population.

There are two types of samples

Some examples of how to identify unbiased and biased samples

Example 1: Suppose you want to estimate the number of students in a college who come to college by bus. In this case, which of the following samples is unbiased? 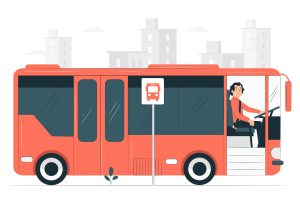 A. 5 students in the hallway

B. All students on the football team

D. 81 students at random during lunch

Choice A: It is insufficiently large to provide accurate data.

Choice B: It isn’t chosen at random.

Choice D: Since this was chosen at random, it is representative of the population and large enough to provide accurate data.

So, the correct answer is D.

Example 2:  Suppose you want to know how your classmates feel about having a science fair. In such a case, determine whether each of the following conclusions is valid.

B. You survey the 50 classmates at random. The table shows the results. You conclude that 70% of the classmates of your class do not support the idea of the science fair due to insufficient time left for exam preparations.

A. The sample is not representative of the classmates because the results showed that there are some classmates who supported others just owing to the fact the examinations were to be held soon; they may be less likely to support it. As a result, the sample is skewed, and the conclusion is unreliable.

B. Since the sample was chosen at random and is large enough to provide accurate information, it is representative of the classmates. As a result, the sample is fair, and the conclusion is correct.

Sampling is a central concept in statistics. It is usually impossible to examine every single element in a given population. As a result, research and media articles frequently refer to a ‘sample’ of a population. A graph of sample proportions for many different samples is the sampling distribution of the sample proportion.

B) When data from a sample is used to calculate a numerical summary, the value is called a sample statistic. Sample statistics can be used to ascertain the characteristics of a population. 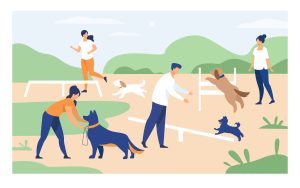 For example, the population could include all the students in the school, with the month in which the majority of the students were born as a population characteristic. A sample of students could be those who had mathematics during the fifth block of their schedules, with grade point averages is a sample statistic.

Some examples of Population characteristic and sample statistics

For each of the following questions, describe how you would collect data to answer the question and describe whether it would result in a sample statistic or a population characteristic.

A) What should the eighth-grade’s class trip destination be?

All eighth-grade students would be surveyed. The result would be a population characteristic.

It is possible that only those students who are in a particular classroom or students under a specific teacher would be polled. A sample of students would be surveyed, and the result would be a sample statistic

B) What is the average number of pets per family for your town’s residents?

Families responding to a survey at a local grocery store would provide the data. A sample of data would be used, and the outcome would be a sample statistic.

It’s possible that a town is small enough to poll every pet-owning family. If this is the case, the people polled are the general public, and the result is a population characteristic.

C) What percentage of people would see an improvement in their cholesterol levels if they tried a new diet?

It is possible that everyone involved with the new diet was tracked down and agreed to participate in the survey. The population would then be surveyed, and the outcome would be a population characteristic.

D) What is the average grade point of students admitted to a specific state university? 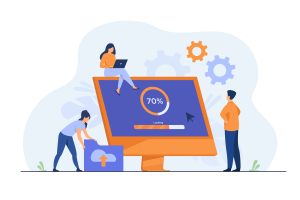 The information would typically come from the cumulative grade point averages of all  freshmen at a given state university. As a result, a population characteristic would emerge.

It is possible that only a small number of students who registered or applied were surveyed. A sample of students would respond to the survey, and the result would be a sample statistic.

E) What is the average number of home runs hit by major league baseball players in a given season?

This answer would be derived from a population characteristic analysis of all major league hitters for that season.

What is population and sample?

Population refers to a group of people or objects as a whole. A sample is a portion of a larger whole. By examining samples of a population, you can learn more about that population.

What is the advantage of statistics?

What are some types of samples?

How are the results of unbiased sampling useful in statistical analysis?

How are the results of biased sampling useful in statistical analysis?

What is meant by sampling?

Sampling is a central concept in statistics. It is usually impossible to examine every single element in a population. As a result, research and media articles frequently refer to a ’sample’ of a population.

What's the difference between sample statistics and population characteristics?