The animal kingdom is the largest kingdom among the five kingdoms consisting of all animals. Animals are multicellular eukaryotes; don’t possess cell wall or chlorophyll like plants, and share the same mode of nutrition, that is, the heterotrophic mode. Besides these similarities, they are also related to their cell arrangement, body symmetry, the level of organization, coelom, presence/absence of notochord, etc. Based on these features, the animal kingdom has been classified into 11 different phyla. The different basis of animal classification is explained below. 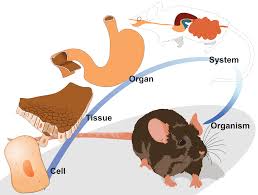 Symmetry is another basis of classification of animals. Generally, animals show two types of symmetry-

Radial symmetry: A symmetry where any plane passing through the central axis divides the body into two equal halves is called the radial symmetry. Examples are Coelenterates, ctenophores and echinoderms. 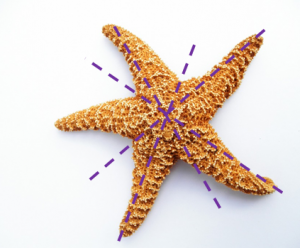 However, some animals do not show any symmetry i.e. their body can’t  be divided into two halves in any plane passing through the centre. Such animals are said to be asymmetrical, e.g. Poriferan. 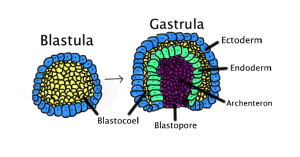 Coelom is a key feature for classification. Coelom is a cavity between the body wall and gut wall, lined by mesoderm. Depending on presence/absence of coelom, animals have been classified into three:

Coelomate: Coelom is present in a coelomate. Animals belonging to phyla Annelida, Mollusca, Arthropoda, Echinodermata, Hemichordata and Chordata are examples of coelomates. 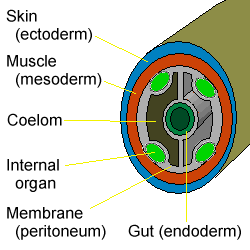 Pseudocoelomate: In pseudocoelomates, mesoderm appears as pouches between endoderm and ectoderm. But the cavity formed is not lined by mesoderm, e.g. Aschelminthes.

The notochord is a longitudinal, cartilaginous supporting rod running beneath the nerve cord. The animal kingdom has been broadly classified into two, based on the presence and absence of notochord- Non-Chordata and Chordata. Chordates possess notochord while non-chordates lack it. Animals belonging to the Phylum Porifera to Phylum Echinoderms are non-chordates.