Bioremediation is a biotechnical process, which abates or cleans up contamination. It is a type of waste management technique which involves the use of organisms to remove or utilize the pollutants from a polluted area. 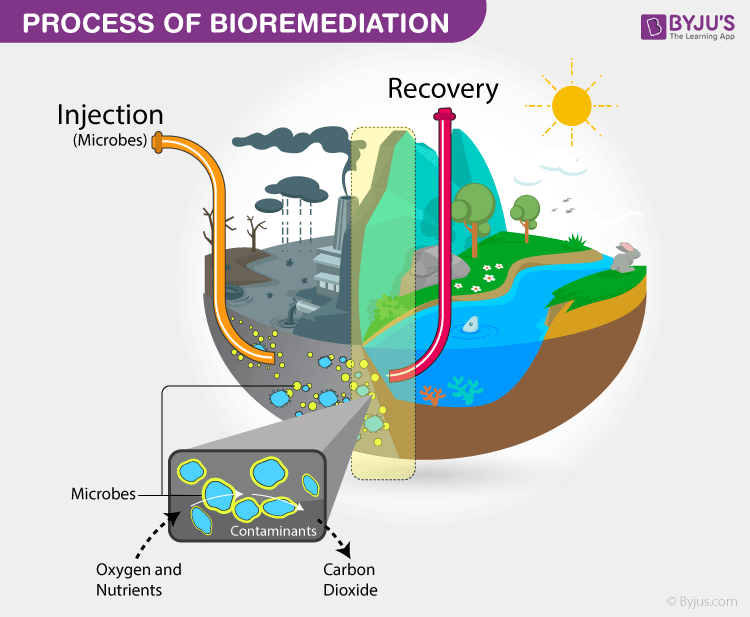 There are several remedies where contaminated water or solid is purified by chemical treatment, incineration, and burial in a landfill. There are other types of waste management technique which include solid waste management, nuclear waste management, etc. Bioremediation is different as it uses no toxic chemicals.

Microorganisms like Bacteria and Fungi are the main role player when it comes to executing the process of Bioremediation. Bacteria are the most crucial microbes in this process as they break down the waste into nutrients and organic matter. Even though this is an efficient process of waste management but bioremediation cannot destroy 100% contaminants. Bacteria can easily digest contaminants like chlorinated pesticides or clean oil spills but microorganisms fail to destroy heavy metals like lead and cadmium.

Bioremediation is of three types –

As the name suggests, the bacteria is stimulated to initiate the process. The contaminated soil is first mixed with special nutrients substances including other vital components either in the form of liquid or gas. It stimulates the growth of microbes thus resulting in efficient and quick removal of contaminants by microbes and other bacterias.

At times, there are certain sites where microorganisms are required to extract the contaminants. For example – municipal wastewater. In these special cases, the process of bioaugmentation is used. There’s only one major drawback in this process. It almost becomes impossible to control the growth of microorganisms in the process of removing the particular contaminant.

The process of intrinsic bioremediation is most effective in the soil and water because of these two biomes which always have a high probability of being full of contaminants and toxins. The process of intrinsic bioremediation is mostly used in underground places like underground petroleum tanks. In such place, it is difficult to detect a leakage and contaminants and toxins can find their way to enter through these leaks and contaminate the petrol. Thus, only microorganisms can remove the toxins and clean the tanks.

Other methods of Waste Management

This is a process where wastes and other unwanted substances are burnt. During combustion, the organic waste turns into ash, flue gas, and heat. The inorganic constituents of the waste remain in the form of an ash. It is also termed as thermal treatment.

In this scenario, plants are directly used to clean up or contain contaminants in the soil. This method of bioremediation will help mitigate the environmental problem without the need to excavate the contaminant material and dispose of it elsewhere. 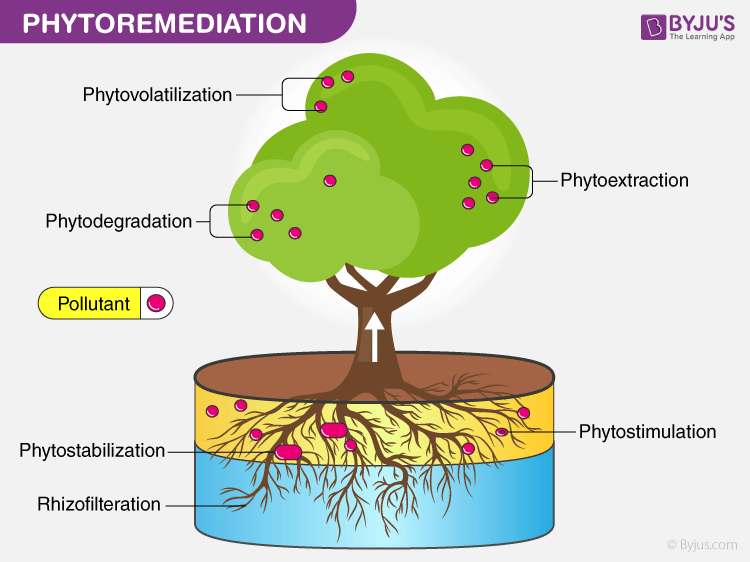