Blood vessels are nothing but a network of hollow pipe-like structures that transport blood throughout our body. It forms a major component of the circulatory system along with the heart. They transport not only blood but also the oxygen and nutrients throughout the body tissues. Furthermore, they take carbon dioxide and waste products away from the tissues. 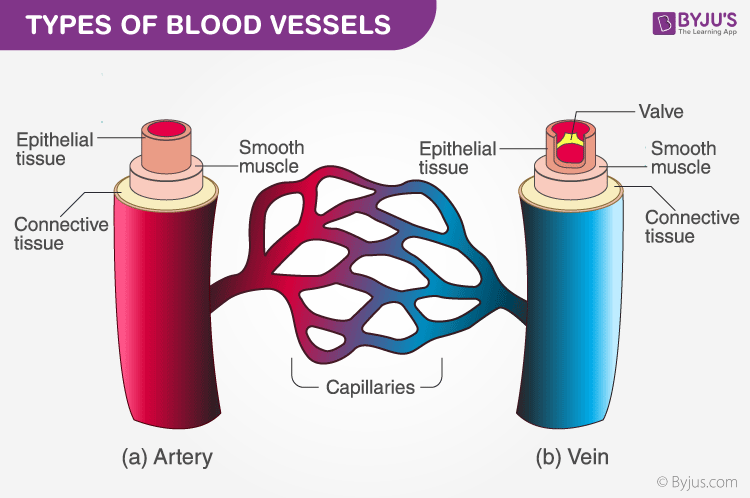 Comparison between an Artery and Vein

The blood vessels transport blood, nutrients, oxygen, and hormones to the body tissues. They also help in carrying toxins or waste away from the tissue. Thus they are vital to sustain life as all of our body tissues depend on their functionality.